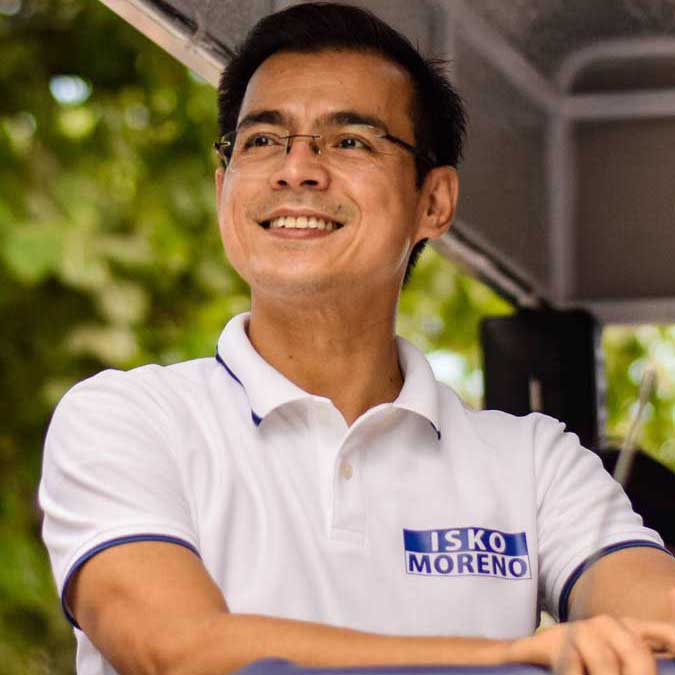 Isko Moreno Domagoso and I met for lunch just before the Manila mayoral elections back in 2019. I must admit, I came to that meeting expecting to hear pre-rehearsed spiels and quotable sound bites typically dished-out by politicians. I didn’t expect much technical content from that interview — not enough for BusinessWorld, at least. I couldn’t have been more mistaken….

What I thought was going to be an unremarkable meeting turned out to be the most engaging four hours I had spent on an interview. Isko let me into his world — his thinking process, his ambitions and the issues that move him. His honesty was disarming — something I have never seen in a politician before. We spoke about the good and the ugly of his past, his family, his struggles, and the tradeoffs he had to make. We also spoke of his ambitions for Manila and the country as a whole. He was honest even when it made him uncomfortable.

Unlike traditional politicians who tell you what you want to hear, Isko did not pander. He didn’t pretend to be someone he’s not nor did he brag about his achievements. He remained transparent, even drawing attention to his defects. All these drew me even deeper into our conversation. It takes courage and strength to be as sincere as he was, and for that, he earned my respect. Isko is like no other politician — he is authentic.

The man’s charisma is undeniable and his authenticity is the basis of his charisma. Charisma is that compelling attractiveness that draws people in. It is what inspires people to support a cause and what compels them to lend their support. Isko’s charisma is so strong that it moved more than a dozen foreign governments, through their ambassadors, to offer their assistance in Manila’s rejuvenation. It caused dozens of industrialists, local and foreign, to explore investment opportunities in Manila. It induced a tribe of devout loyalists to develop organically.

The Greeks define charisma as one who has been “conferred favor by God.” Those with genuine charisma come once in a generation. We’ve seen it in Winston Churchill, Mahatma Gandhi, Adolfo Suarez, Nelson Mandela, and our very own Manuel L. Quezon. Isko has it — which is why he is already spoken of as a presidentiable even if has barely completed his first term as mayor.

Isko and I talked about politics, the economy, social reform and city planning. His understanding of these matters is vast. I learned that he finished public administration courses at Harvard and Oxford University. He is a voracious reader too, having studied the lives of many world leaders. The man had done his homework and it was evident in the way he structured Manila’s reform agenda.

Manila was in bad shape when he took over. About 20,000 businesses moved to other cities with better infrastructure and basic services. The exodus eroded the city’s tax base. The city was bleeding financially, made worse by runaway corruption at all levels of the bureaucracy. Infrastructure spending was insignificant, delivery of basic services was poor and administrative processes were still done manually. The city was filthy and suffered from blight. Historical landmarks were left to rot as were the city’s schools, hospitals, and public housing.

The job was daunting but Isko had both a vision and a plan from the beginning. I remember him telling me that since Manila is home to the greatest number of universities, it is only right that it be a center of knowledge and innovation. Since Manila is home to the country’s principal seaport, the Bangko Sentral, and the Department of Finance, it should also be the center for finance and trade. Since Manila hosts the greatest number of cultural sites, it should be ground zero for culture and tourism. In short, Isko’s vision was to make Manila the beating heart of the country.

He then spoke of his urban renewal plan based on three pillars: infrastructure development, attracting businesses, and urban housing. Underneath these pillars was an extensive set of action points.

Having a clear, ambitious vision is the starting point for effective leadership. But did he have the stamina, the political will and the capability to realize it? Only time would tell….

Fast forward to May 2021 and I took stock of what he had achieved since our last long talk. This is what I discovered.

Through a tax amnesty and reforms, Manila’s finances are now operating at a surplus. In fact, Manila has become the third wealthiest metropolis in the country in terms of assets; the city’s tax administration and issuance of business permits has been digitized and this has curtailed corruption; through investments in skills development and fostering ease in doing business, Manila has emerged as the country’s most competitive city, according to the Department of Trade and Industry. It improved in economy dynamism, government efficiency, infrastructure and disaster resiliency; Manila also moved up to 38th places (among 108 cities) among Asia’s most innovative cities.

Mass housing projects are in full swing with new housing blocks under construction in Tondo, Binondo, Baseco, and, soon, in San Lazaro, San Andres, and Pedro Gil. New medical facilities/equipment have been procured for the Santa Ana Hospital, the Tondo Hospital, the Sampaloc Hospital, and the Ospital ng Maynila. Moreover, construction of Manila’s 7th hospital is underway. In education, Manila is contracting three new 10-story public schools, each ready for digital learning.

More significantly, Manila has become more livable, more walkable and more presentable. The byways of Divisoria and Quiapo have been unclogged; public monuments have been cleaned up; bridges, parks and public spaces have been beautified; gambling dens and other criminal activities have ceased. The city’s dignity has been restored.

No one can argue that Isko delivered more than was expected. Imagine what could have been achieved if he weren’t interrupted by COVID. Sure, Manila has a long way to go before it can compete with Bangkok or Kuala Lumpur, but the foundations for the city’s rejuvenation have been set in as short as two years.

Isko is unique in our generation. In him is the potent combination of charisma, singularity of purpose, and capability. These are exactly the qualities that creates allegiance in us, the public. Allegiance towards a leader is a powerful thing. It is what unites us, what inspires us, what compels us to change old habits, and what moves us to action.

I have always maintained that it only takes one transformative leader to change the country’s fate. Lee Kwan Yew did it for Singapore, Park Chung-Hee did it for South Korea, and Chiang Ching-Kuo did it for Taiwan. Can Isko do it for us? If he runs for President, I think he can.