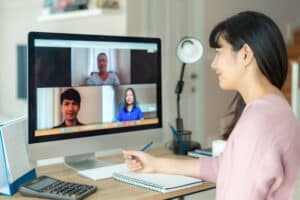 Businesses are at their most confident about taking on more staff since 2016.

A survey by the Recruitment & Employment Confederation has found that business confidence in making hiring and investment decisions rose by 15 percentage points between February and April to a net balance of 28 per cent.

Employers’ confidence in the economy also increased significantly to a net balance of -10 per cent, the highest level since August 2018.

Neil Carberry, chief executive of the confederation, said: “Job creation is taking off. Currently recruiters are more likely to say their key challenge is candidate shortages in sectors like IT and driving, rather than the effects of the Covid recession.”

The report adds to evidence suggesting that the labour market is coping better than had been feared. Official figures show that the unemployment rate fell for a third consecutive month to 4.8 per cent in March, even though the country was in lockdown.

The jobs market continued to gain momentum as restrictions were eased. HM Revenue & Customs figures show that in April payrolls increased by 97,000, marking five consecutive months of employee growth. The increase was driven mainly by hospitality and entertainment.

Although unemployment is likely to rise again when the furlough scheme ends in September, it is expected to fall significantly below earlier forecasts of as much as 12 per cent. The Bank of England’s latest projections suggest unemployment will peak at 5.5 per cent.

Read more:
Confidence to recruit at its highest in five years