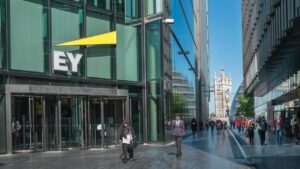 Most of EY’s 17,000 staff in Britain have been told to expect to work from home for at least two days a week after the pandemic.

The Big Four accounting group is the latest large-scale office employer to announce a permanent shift towards hybrid working. KPMG, a rival, has told its UK staff that they will be expected to spend up to four days in the office every fortnight from June onwards. PWC, another leading accountancy firm, has told its 22,000 staff to expect to spend an average of two to three days a week in the office once restrictions are lifted.

Arup, the engineering and design group, has said that its 6,000 employees in Britain will be able to spread their working hours between Monday and Sunday and to choose where they work for up to three days a week.

A survey of 600 business leaders by the Institute of Directors found that flexible contracts were likely to become a permanent feature of the workplace. The institute found that about a third planned to cut back on office space, while a quarter intended to hire more staff under flexible contracts. A fifth of respondents said that they would make more use of co-working spaces and hot-desking and 80 per cent of business leaders said that they would allow more remote working in future.

Rates of home working have risen since the first lockdown in March last year. Official figures show that 35.9 per cent of the workforce did some work at home last year, an annual rise of 9.4 percentage points.

Hywel Ball, UK chairman of EY, said: “We have championed flexible working for many years prior to Covid-19 and we will continue to do so.

“We also believe there will always be a need for EY to have office space across the UK, but how we use our offices in the future will change, with a greater emphasis on collaboration rather than as a place for individual working.”

EY said that it would start a period of experimentation from this September in which it would test and refine its approach to ensure the model meets the needs of all parties. EY’s new working model was first reported by the Financial Times.