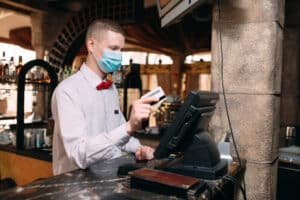 The labour market shifted up a gear in the first quarter as companies hired staff and halted layoffs in anticipation of a buoyant economic reopening.

The Office for National Statistics said that payrolls had increased by 97,000 between March and April, despite the lockdown, marking five consecutive months of employee growth, while the employment rate for the quarter to March rose for the first time since the pandemic began.

Unemployment fell by 121,000 to 1.62 million, taking the jobless rate down to 4.8 per cent, the third month running it has declined. The redundancy rate fell by a record amount and vacancies climbed to near-pre-Covid levels in April.

The solid figures effectively banished fears of a return to 1980s-style mass unemployment and underscored the Bank of England’s latest forecast that joblessness will peak at only 5.5 per cent after the furlough scheme ends in September, far lower than last year’s concerns of double-digit unemployment.

Madison Kerr, at Pro Bono Economics, said: “These figures show early glimmers of recovery, as much of the labour market has started springing back into action.”

For the first time since the coronavirus outbreak, the number of people in employment increased on the official labour force survey measure, rising 84,000 in the first quarter to 32.5 million, above predictions of a 50,000 rise. The employment rate also rose for the first time in a year, to 75.2 per cent.

The improvement was driven by full-time work, with falls in part-time and self-employment. There was another fall in those who remained employed but are not working or being paid. At its peak, this hidden unemployment was 650,000, but it has fallen to 181,000.

The redundancy rate also dropped a record amount to 5.5 per thousand, but remains higher than its low of 3.85 per thousand before the pandemic. Vacancies in the three months to April increased by 48,400 to the highest level since before Covid-19, but that masked a more recent pick-up.

The ONS said that its experimental monthly vacancies data showed that levels in April were close to where they had been before the pandemic and that the improvement had been most noticeable in hospitality and entertainment.

The jobs figures were flattered by a rise in inactivity, as 48,000 people decided that they were no longer looking for work. The ONS said that there was a “record economic inactivity rate of young people in full-time education”.

Payroll data, the best source of labour market information, increased by 97,000 in April, but remained 771,585 lower than in February last year.

Furlough continues to muddy the picture, with an estimated 2.8 million people on job support, down from four million in March. The confusion is particularly pronounced in the pay data, though the ONS estimated that underlying wage growth was about 2.5 per cent for total pay and 3 per cent for regular pay excluding bonuses, in line with pre-pandemic trends.