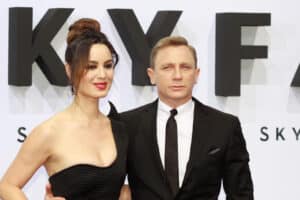 Amazon is reportedly in talks to buy MGM, the Hollywood film studio, for about $9 billion.

A deal would give the online retailer’s Prime streaming service access to a catalogue of films from the studio behind the James Bond and Rocky franchises and classic movies such as Ben-Hur and The Wizard of Oz.

MGM owns an estimated 4,000 titles, as well as the Epix cable channel. It also makes television programmes, including The Handmaid’s Tale, Fargo, Vikings and Shark Tank.

The discussions were first reported by The Information website, which said that their status was unclear. Amazon and MGM did not comment on a potential tie-up, the value of which has been estimated at between $7 billion and $10 billion.

Formed by the merger of Metro Pictures Corp, Goldwyn Pictures and Louis B Mayer Productions almost a century ago, MGM has been exploring a sale since the end of last year. In December it was reported that the studio had tapped Morgan Stanley and LionTree, the investment banks, and had started a formal sale process.

News of a potential deal comes at a time of consolidation in the media industry after lockdowns speeded the shift toward on-demand services.

This week AT&T announced plans for a $43 billion merger of its Warner Bros film studio and other media assets with Discovery, a rival, amid fierce competition with streaming heavyweights including Netflix and Disney, which have 208 million and more than 100 million subscribers, respectively.

Amazon has more than 200 million Prime members worldwide. Jeff Bezos, its founder and chief executive, has made no secret of his ambitions for its video streaming platform, which said that 175 million of its members had watched its content in the past year.