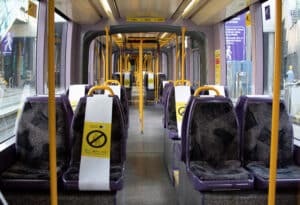 The government’s bill for tackling Covid-19 has risen by £100bn since the start of the year and now stands at £372bn, according to the independent watchdog that oversees Whitehall spending.

Figures from the National Audit Office highlighted the financial impact of the lockdown imposed to cope with the winter surge in cases of the pandemic and brought a stark warning from the MP who chairs the Commons committee of public accounts.

Amid reports of widespread fraud and contracts going to Conservative party supporters, Labour’s Meg Hillier said: “Government expects to spend an eye-watering £372bn in response to the pandemic, and public accountability has never been more important.”

The NAO’s cost tracker found that almost half the £372bn had been earmarked for support for businesses, including spending on the coronavirus job retention scheme and bounce-back loans.

Rishi Sunak, the chancellor, had originally planned to phase out the furlough scheme last autumn, but new waves of the virus forced the Treasury to extend wage subsidies, first until April this year and then until the end of September.

The next biggest item of expenditure has been health and social care, where the test-and-trace and vaccine programmes will cost the state £97bn.

Support for individuals – primarily via the self-employment income support scheme – is estimated to have a price tag of £55bn, while support for other public services and emergency responses is put at £65bn. The rest of the money – £3.5bn – is being spent on other support and operational expenditure.

The NAO said that according to available data, £172bn of the budgeted £372bn had already been spent. The remainder includes £92bn of government-guaranteed loans, of which the latest estimates suggest £26bn will eventually be written off.

“The NAO’s cost-tracker tool is vital as the primary public data source on Covid spending across government.

“With such huge sums going out the door, and government guaranteeing loans worth over £90bn, government faces a long road to recovery ahead.”

In December, the NAO delivered a withering report on the government’s test-and-trace programme, saying it had repeatedly failed to meet targets for delivering test results and contacting infected people, despite costs escalating to £22bn.

The spending watchdog found that the centralised programme was contacting two in three people who had been close to someone who had tested positive, with about 40% of test results delivered within 24 hours, well below the government’s targets.