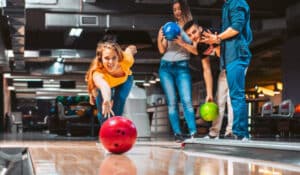 Leisure firms say they need more support after a year of “haemorrhaging cash” and mounting debts due to the pandemic.

Businesses from wine bars to bingo halls can reopen on Monday but at reduced capacity making it harder to cover their costs.

Business minister Kwasi Kwarteng has said that he did not want rent arrears to “cripple” firms.

He said the government was looking at ways to help firms manage their debts.

While leisure venues, including soft play centres, amusement arcades and concert halls, are welcoming Monday’s reopening, they know some customers will take longer to return to indoor activities, especially with the spread of the new Indian variant of the virus.

Even if customer demand is high, venues can accommodate fewer customers at a time, due to social distancing rules.

And according to the trade body UKHospitality, that sector alone has £2.5bn in rent arrears “hanging around its neck” as a result of the pandemic.

“Opening… will give us a certain amount of revenue, but we will still have half the number of covers we need to survive,” says Nisha Katona, television presenter and founder of Indian restaurant chain Mowgli Street Food.

She says her business has been lucky to have had a bit of financial “breathing room” to help it cope with lockdown, but it has still suffered.

“Cash has been haemorrhaging out of our account all the while we have no revenue, and yet we continue to pay rents,” says Ms Katona.

“There are lots of business costs that don’t go away, so while there has been no cash, we really have become a business that is on its knees, waiting for the resurrection.”

She says the UK’s high streets are already “littered with the gravestones” of independent bars and restaurants that didn’t have backers with deep pockets or hadn’t been able to negotiate concessions from their landlords.

UKHospitality has called for “a fair amount” of rent debt to be written off and for a ban on business evictions, currently due to expire at the end of June, to be extended.

The business minister, Mr Kwarteng, said the government was aware that businesses were facing a build-up in rent arrears after many months of not being able to trade normally.

“The government is working very closely together – the Treasury and [the Department for Business, Energy & Industrial Strategy] – to see if we can come up with an arrangement whereby tenants and landlords can work together to make sure this rent issue doesn’t cripple business,”.

Stephen Burns, chief executive of the Hollywood Bowl Group, which runs bowling and mini-golf sites throughout the UK, said his venues had only been able to trade for seven or eight of the past 62 weeks, costing the business £100m in lost revenue, during which time bills had mounted.

“Whilst we are incredibly grateful for the support that we have seen from the government, there has still been the cost of keeping our team members on furlough, as well as paying our rent, service charges and utility bills, so it has had a significant impact on our cashflows.” He said maintaining the furlough scheme had cost the firm £100,000 a week.

image captionHollywood Bowl is keen to get back to pre-Covid levels of business
Hollywood Bowl had been able to engage with its landlords, something that wasn’t happening across all areas of the leisure sector, he added.

After reopening, the bowling alleys would only run at half capacity, said Mr Burns, until measures to curb the pandemic end altogether, currently scheduled for 21 June, according to the government’s roadmap.

However that date has now been thrown into doubt. The government has said it will make a decision on 14 June about whether the final easing of restrictions can go ahead.

Ms Katona said many businesses would make little or no profit while capacity was still restricted.

“In order to survive, what needs to happen is that we need to trade at the levels that we were trading prior to Covid,” she said.

“While social distancing is in place we cannot do that. Many places will not be able to make any kind of profit while restrictions are in place.”

She fears many businesses will go bankrupt in the Autumn as landlords demand rent arrears and says the government should look at things like business rates and VAT rates as well as support with debts due to landlords.

Mr Kwarteng said he hoped the final lifting of restrictions, including ending the need to distance indoors, would go ahead in June, but that he couldn’t offer any “cast iron guarantees”.