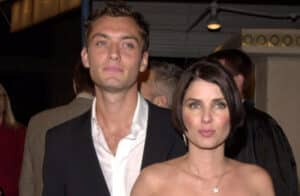 He is one of the most feared divorce lawyers in Britain who revels in the nickname “Jaws” and has won multimillion-pound settlements for celebrities such as Sadie Frost and Irina Abramovich.

Now Raymond Tooth, 81, has triumphed in court again — this time against HM Revenue & Customs over a £500,000 tax bill. Tooth has successfully argued that he should not have to pay tax due for taking part in the Romangate tax avoidance scheme — which was used by 500 people including the comedian Jimmy Carr — because the Revenue had taken too long to investigate his affairs.

Following a verdict in the Supreme Court last Friday, Tooth was unrepentant, saying the scheme had been sold to him as legitimate at the time. “I can see people might these days say, ‘Oh, he is quite wrong to go in for a tax avoidance scheme.’ But they were not sold as tax avoidance schemes back then, they were sold as tax savings schemes,” he said. “I understood it fully, that it was a tax-saving scheme and there was nothing illegal to it.

“It’s a bit like being accused of lots of things, retrospectively. The world has changed — and rightly so. But you can’t take the history out of the case.”

Following a change in the law in 2007 anyone using a tax avoidance scheme was required to declare it to HMRC. Tooth listed the Romangate scheme on his 2007-08 tax return. The scheme was sold by the promoter NT Advisors, which was subsequently defeated ten times in court by HMRC, forcing the repayment of £916 million in tax.

When declaring his involvement, Tooth’s adviser had put the sums held in the scheme in the wrong box on a form because of a fault with the HMRC-approved software. The Revenue said its staff had noticed the issue, but it did not actually send Tooth a formal notice of investigation — and a bill for £475,498.37 — until October 2014, which was well outside its four-year legal time limit for opening investigations. In a succession of tribunals, HMRC claimed it should have been allowed up to 20 years because he had committed a “deliberate” action by putting details of the scheme in the wrong box. However, last week Lord Briggs and Lord Sales at the Supreme Court disagreed, and found that HMRC had simply run out of time.

Tooth is known as a winner in the cut-throat industry of divorce settlements, emerging victorious over his 40-year career on behalf of an array of rich and angry clients seeking payouts from their multimillionaire partners.

These range from Irina Abramovich, wife of the Chelsea football club owner Roman Abramovich, for whom he won £155 million, and the actor Jude Law’s ex-wife Sadie Frost (£4 million, plus a £2 million house and £150,000 a year in maintenance). Other clients included Cheryl Barrymore, who received £3.5 million from her TV presenter husband Michael, and Eimear Montgomerie, wife of the golfer Colin Montgomerie, who got £15 million.

Aside from the prominence of the tax case, experts said that Tooth’s victory over HMRC had serious consequences for the taxman. “This could lead to hundreds of investigations being rendered null and void because HMRC was too late when it started them,” Heather Self, a partner at the accountants Blick Rothenberg, said.

An HMRC spokesman said: “HMRC will continue to consider whether inaccuracies in returns are careless or deliberate on a case-by-case basis.”