The COVID-19 pandemic has changed the world as we once knew it. Not only did it force businesses and organizations all over the world to digitize and adopt new technologies, the crisis has also caused many people to reconsider the traditional values that the old world had cherished. More than ever, more people are thinking about social, humanitarian, and environmental issues. It is no longer enough to consider economic gains in this new world, but one must also choose that which would cause the greatest social good.

Horizon Manila, the biggest reclamation project in the City of Manila proposed by JBros Construction Corporation, stands by this philosophy, aiming to recognize the diversity of lifestyles, preferences, and needs among urban populations through its design and development by becoming the City of Tomorrow.

“Horizon Manila aims to serve as an extension of Manila, rather than a ‘New Manila’ altogether. Future residents and workers within Horizon will feel that they are in Manila, but more modern. It’s better. The fact that Horizon is three kilometers away from the ‘mainland’ Manila reinforces the notion that more than just being an extension of Manila, it’s almost a city in itself,” Horizon Manila President Jesusito “JR” Legaspi, Jr. said.

This city extension is built with social development in mind, as Mr. Legaspi pointed out that the 419-hectare reclamation project comes at no cost to the government. Only 49% of the area belongs to the private proponent, with the remaining 51% belonging to the local government. This government share includes roughly 30 hectares of green spaces, approximately 70 hectares of public roads (both of which the private proponent will build and pay for), and over 85 hectares of prime, developable land, comparable to that of Bonifacio Global City.

“The income from the sales or development of the government’s 85 hectares can fund multiple projects for the local community. The project will also generate billions from business and real estate taxes. It is projected that Horizon will create 400,000 new jobs for Filipinos. This mega project is also bound to attract foreign investors back to the country. With all these in mind, one can safely say that Horizon does not only benefit its proponent and its investors, but the community as well,” he added.

Cuervo Appraisers valued JBros’ share in the project to be at P321 billion today. Furthermore, Horizon Manila holds the honor of being the first reclamation project endorsed by Mayor Isko Moreno since he assumed office in 2019. He endorsed the solar reclamation project even before when he was a vice-mayor. 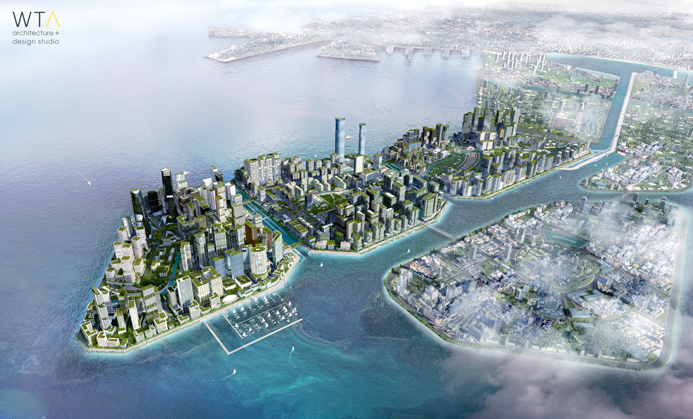 “It was important to us that our modern city retains the character of Manila at its very core. It’s a blend of modern master-planning concepts and the rich culture and history of Manila. As someone who grew up in Tondo, William is intimately familiar with the intricacies and nuances of planning an extension of Manila,” Mr. Legaspi said.

There are 28 compact communities and districts within Horizon, which mirror the multiple compact and adjacent communities in Manila City. These districts are designed to cater to a variety of lifestyles, such as an Art District for the creatives, an Innovation & Tech Hub for the lovers of technology, and even a BioTech Campus, situated around Horizon’s Medical Center, for providing assisted living for the elderly. Community facilities within the master plan include an art museum, a theater, a skate park, basketball courts, and libraries.

“The master plan for Horizon is aptly named ‘Manileño’ as it is people-centric. This is strongly reflected by the personal mobility options offered within Horizon. The goal is that, when you’re in Horizon, taking your car is the least convenient transportation option,” Mr. Legaspi added.

The inland canal and interconnected green network that will ensure pedestrians can walk around Horizon while constantly being surrounded by water and greens. Horizon’s three-island configuration gives it 21 kilometers of water-frontage.

“It is long documented that being around, near, at, or underwater has a therapeutic effect on the human mind. Now, imagine working in Horizon. Anywhere you may be, you are always, at most, five minutes away to the nearest water-frontage. The COVID pandemic has taught us to value our health — both physical and mental. With water in such abundance in Horizon, mental health will be a bit easier to care for,” Mr. Legaspi said. 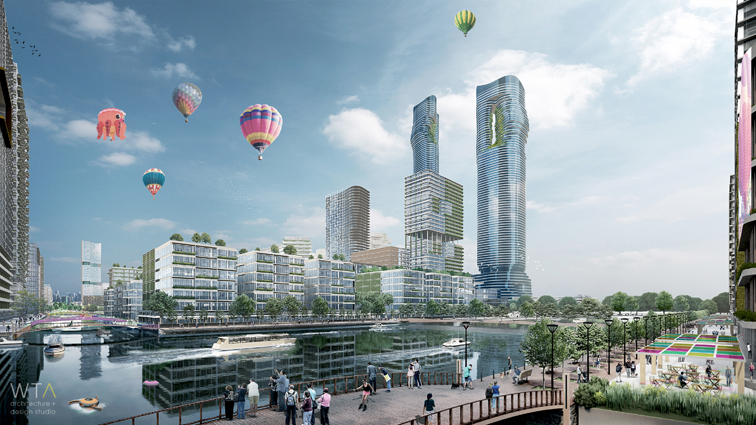 In addition to the bayside views, Horizon will add over 30 hectares of public parks and green spaces to the City of Manila. Part of this interconnected ‘green network’ in Horizon will be two ‘sunset parks,’ designed to give the best views of the sunset in the area on the westernmost edge of the last island.

“Have you ever heard of people who regret passing up on the opportunity to buy real estate in Bonifacio Global City, ASEANA City, or Entertainment City years ago? They thought then that prices were too expensive,” Mr. Legaspi said.

“But lo and behold, the land prices just continuously went up and have been record-breaking. Horizon is the next big thing in real estate. The opportunity to change the map of Manila does not come often. Be a part of the future and seize the opportunity to make a change. Let’s make Manila better together,” he said.