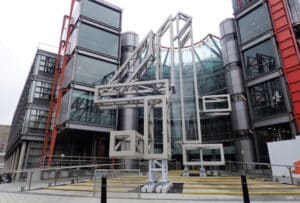 The culture secretary, Oliver Dowden, confirmed on Thursday that Channel 4 could be sold by the end of the current parliament to “provide a sustainable future for the broadcaster”.

During a meeting of the Digital, Culture, Media and Sport select committee, Dowden repeated that privatisation of Channel 4 was “on the table” as part of a government review of public service broadcasting first announced in October 2020.

He said a sale was not definite but that the “rapidly changing broadcasting landscape”, with the growth of Netflix and Amazon Prime, meant sweeping changes were possible.

When asked directly if Channel 4 could be privatised before the end of this parliament, Dowden answered: “We have not ruled that out, no.”

Channel 4 was launched in 1982 as a publicly-owned, commercially-funded public service broadcaster. It does not receive public funding but is ultimately owned by the government, with all money going back into the broadcaster, which commissions all of its programmes from independent producers.

Meanwhile, the hearing offered some hope for organisers of live events, with Dowden saying there could be government assistance for those who could not get commercial insurance if and when all Covid-19 restrictions were lifted in June.

The culture secretary confirmed that if stage four of the government’s roadmap out of lockdown occurred on 21 June but commercial insurers still refused to cover live events, the government would consider stepping in to offer insurance similar to that offered to the film industry.

Dowden said: “If it is the case that events still can’t go ahead because of a lack of insurance and a failure of the commercial insurance market, we stand ready to look at if we can use government intervention in exactly the same way as we did with the film industry.”

When the committee said the offer of support was too late and that events organisers were now facing “a lost summer”, Dowden said there was still too much uncertainty at present for the “taxpayer to provide indemnity for all those events”.

On the subject of contested history and artefacts, he was combative, saying that although he thought slavery was “grotesque”, he believed the government’s “retain and explain” approach to controversial statues and monuments was correct.

When the committee raised the concerns of a museum director who said Dowden had written to her directly when her institution was considering moving a statue of a slave-owner, he said those in charge of museums were “temporary custodians in order to protect that heritage” and they should not “seek to destroy” contested heritage.

Dowden added that there was an “exceptionally high bar” for removing any statue or monument that was contested, insisting that “the value of heritage is in explaining it”; he did not want the “temporary views of a small minority to lead to a wholesale changing of our historic environment”.

He then added that the “greatest destruction to our historic environment” did not come from Luftwaffe bombers in the second world war but from the “misguided decisions of socialist planners … who unleashed travesties on the historic environments of our beautiful English towns” after the conflict.

Dowden batted away a question about the suitability of the former Daily Mail editor Paul Dacre to chair Ofcom after his splash headline “Enemies of the people”, which was aimed at the judiciary following the decision to insist Article 50 of the EU treaty had to pass through parliament.

The culture secretary said it would not be appropriate to comment on any applicants or potential applicants because the decision about who should chair Ofcom was not yet final.

Read more:
Channel 4 could be privatised by 2024 to “provide a sustainable future for the broadcaster”