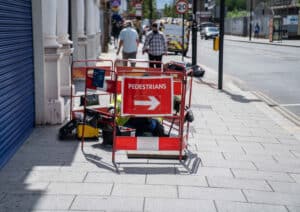 BT is to accelerate the expansion of its full-fibre broadband infrastructure and to explore a joint venture to help to fund the extra investment.

Britain’s biggest telecoms group said that it would increase its full-fibre programme by five million premises, with a target of reaching 25 million homes by the end of 2026. BT’s previous commitment was 20 million premises by the mid-to-late 2020s and it built connections to two million premises in its last financial year.

Philip Jansen, BT’s chief executive, said: “A number of uncertainties have now been removed [to] give us the green light to build the UK’s next generation digital infrastructure even faster.” BT said that the expansion would create an additional 7,000 jobs.

A review by the regulator Ofcom has given BT greater clarity on the returns its Openreach broadband infrastructure division can make from its full-fibre investment and the government’s 5G spectrum auction was less costly than expected. BT also expects to benefit from lower tax this year and next from the government’s super-deduction announcement in the budget, which is designed to stimulate capital investment.

BT also announced the outcome of a triennial review of its pension fund, removing another uncertainty for the company and shareholders. It said that the deficit had been reduced by more than £4 billion to £7.98 billion.

About £2 billion of the remaining deficit will be paid back via an asset-backed loan secured against EE, with the balance met over ten years by annual cash contributions that will reduce from an initial £900 million to £600 million from July 2024.

It has led BT to confirm its plans to reinstate the dividend this financial year to 7.7p per share, having cut its dividend last year to help to pay for the full-fibre expansion.

BT is the former state monopoly privatised in 1984, whose businesses also include EE, the mobile network and the broadcaster BT Sport. BT confirmed last month that it was in talks to sell a stake in its sports broadcast business as it shifts investment into full-fibre broadband.

The company has been in the midst of an intense period where a restructuring involving large-scale job losses has brought the threat of strike action. BT also unexpectedly announced in March that Jan du Plessis, its chairman, would be stepping down this year after less than four years in the role as long-running tensions behind the scenes at the BT board burst into the open over its transformation.

The updates came alongside BT’s full-year results today, which showed that revenue fell 7 per cent to £21.3 billion as the pandemic weakened sales to business customers and live sport to pubs and clubs was disrupted. Profit before tax fell 23 per cent to £1.8 billion.

Jansen, 54, said that after “a number of years of tough work . . . we’re now pivoting to consistent and predictable growth”.

BT is forecasting adjusted revenue to be “broadly flat” year on year and adjusted earnings to be between £7.5 billion and £7.7 billion.