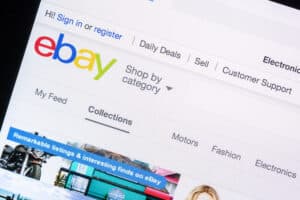 EBay is tapping into the growing NFT market by allowing the sale of digital collectibles on its site.

NFTs, virtual assets that exist on a blockchain ledger, have exploded in popularity this year, as enthusiasts spend enormous sums of money on artwork and other items that exist only online, with some selling for tens of millions of dollars recently at auction houses Christie’s and Sotheby’s.

While multi-million dollar deals, including the $69 million sale of a digital artwork by Beeple in March, have created ripples in the art world, a market for digital collectibles such as NFT trading cards, images or video clips have also thrived alongside.

These could range from something like Kurt Cobain’s last photoshoot to historic moments from NBA games. While anyone can view the NFTs for free, the buyer has the status of being the official owner – a kind of digital bragging rights.

EBay sellers who meet the online marketplace’s standards will be provided with NFT inventory, the company told Reuters. It said its users can expect to see tools, programs and policies that will allow them to buy and sell NFTs, or non-fungible tokens, across a broad range of categories.

EBay’s CEO Jamie Iannone said last week the company was looking into cryptocurrencies as an option for payments for its site.

NFTs are usually bought with ether, the token native to the Ethereum blockchain platform, or in dollars, and the blockchain holds a record of transactions, Reuters noted.

Read more:
eBay set to allow NFT sales as it taps into the growing market for digital collectibles