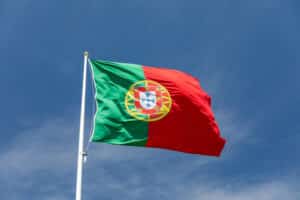 Twenty years ago Portugal might not have been a booming country, especially for investors looking to heighten the stakes – however, in this decade it has become a country that many investors actually desire. In fact, it was named in the top 25 countries in the world that are ideal to start a business in.

The truth is this quaint European country has the potential and the stability for growth in all aspects of investing. The versatility of the land and its infrastructure has made it one of the leading hotspots in the investing business.

However, it’s important to hope on the train now before Portugal runs up the ranks to the top alongside the other countries that have now become oversaturated with investors. If you’ve been debating whether or not to invest in Portugal, or are just looking for another country to bank on here are some perks you may find investing in Portugal will come with.

In an increasingly strict world – especially when it comes to immigration and emigration – obtaining a VISA or permanent residency isn’t always the smoothest process. However, thanks to investor immigration programs, Portugal has one of the easiest applications and one of the highest approval ratings. These programs world alongside countries like Canada and the United States of America.

A popular program is The Portugal Golden Visa. With this investors from abroad can apply for permanent residency by investing in an aspect of Portugal or Portuguese territory. This Visa essentially gives you the ability to live in Portugal, travel within Europe, and do business within Portugal, with minimal requirements.

Unlike other Visa applications, there is no requirement for experience, age, language, or education. Your spouse, dependents, and parents will also be eligible for the Visa once you receive approval.

Just like the need and desire to invest in Portugal, their real estate market is also steadily growing. With a climate that allows for comfort year long with low maintenance on homes and buildings, it’s no surprise. In fact, Lisbon has been ranked one of the most interesting cities in Europe as a place to invest in real estate.

Unlike the rest of the world including its neighboring countries, Portugal has yet to experience inflation in real estate prices which means property in this country is very easily attainable.

Portugal also has plenty of different types of properties to chose from. Whether you’re looking for a beachfront home, apartment in the city, or a property large enough to play host to a future resort – they have it all.

Although they haven’t experienced the same rate of inflation the real estate market is continuing to grow alongside the number of foreign investments in the country. Meaning it’s important to hop onto this opportunity now before investing in Portugal becomes unattainable and overpriced.

With Portugal on its way to experiencing a boom, even tourists are starting to direct their vacations to everything the European country has to offer. As mentioned before, Portugal’s weather allows for tourism year-round. Almost 23 million people visited the country in 2007. This makes real estate all the more desirable.

Having a rental property in the country will bring you year-long revenue that you can utilize and help develop even more investments. This also means that investing in things like stores and other businesses in high-volume tourist areas will also be beneficial.

If you need hard numbers, all you need to research is the fact that Portugal has surpassed countries like France, Spain, and Italy by more than 3 times when it comes to the amount of income they accumulate from tourism each year.

One of the things that makes investing in Portugal so secure is that Portugal’s Laws and Legislation work to legally protect investors that come to their country. There are laws that work to regulate the market to ensure it doesn’t become oversaturated – at least too quickly.

Since inflation rates, as well as interest rates, are controlled by the government, your cost for investment is not very high at all. There is also limited demand, as of right now, for investments in Portugal – ensuring that you’ll be able to lock down any property you desire and beyond in as short a time as a month.

Since the Portuguese economy is also on the rise, that means you will also be protected against the regular threat of a recession you would have in any other country. Projections show Portugal is on the rise in all areas of their economy with no fall insight.

Even huge corporations like Google and Amazon have begun to invest in the country bringing in a little bit of North America. These companies are going so far as to establish their European headquarters in Portugal.

Portugal Is Ranked High For Quality of Life

Recent reports have put Portugal up in their top ranks for having the best quality of life not only in Europe but around the world. Living in Portugal connects you to the world completely, it is the center point of so many other continents including Africa and North America.

Some other perks about living in Portugal include:

As of right now, there is no downside to investing in everything in Portugal. However, as mentioned above it’s important to invest quickly, before the market because oversaturated and the country loses value.

Read more:
Reasons Why Portugal Is So Popular Among Investors