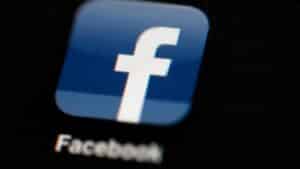 Shares in the world’s largest social media company are set to open at an all-time high today after it posted a 48 per cent jump in total revenue, to $26.17 billion.

However, it warned that changes including Apple’s new privacy controls, which has intensified acrimony between the two American technology giants, would start to dent business over the coming months.

Facebook owns the social network of the same name, Instagram, the video-sharing app, and WhatsApp, the messaging service. The company has 2.85 billion monthly users and makes nearly all its money from digital advertising.

“We had a strong quarter as we helped people stay connected and businesses grow,” Mark Zuckerberg, the chief executive and founder, said. “We will continue to invest aggressively to deliver new and meaningful experiences for years to come, including in newer areas like augmented and virtual reality, commerce, and the creator economy.”

The group projected that revenue growth would “remain stable” in the latest quarter, but “significantly decelerate” as the year progresses.

David Wehner, chief financial officer, highlighted the “increased ad targeting headwinds in 2021 from regulatory and platform changes”, pointing to Apple’s recent update to its operating system for mobiles and tablets, which helps users make it harder for apps to track their movements online.

He predicted that the change would “begin having an impact in the second quarter”, adding: “This is factored into our outlook.”

However, Tom Johnson, chief transformation officer at Mindshare Worldwide, a media agency, said the introduction of Apple’s new privacy controls “won’t slow Facebook down; in fact, it may accelerate it as it has its own consumer data profiles that can be used across its ecosystem to help advertisers reach their consumers”.