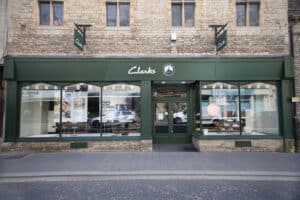 A group of landlords have filed a legal challenge to the restructuring of Clarks, casting a shadow over a turnaround of the near- 200-year-old footwear chain.

Property owners including British Land and M&G are challenging a company voluntary arrangement (CVA) that was approved by more than 90 per cent of creditors last November.

Clarks is using the CVA to move most of its 320 UK stores onto rents linked to sales, pay zero rent on 60 more and erase arrears accrued in the pandemic. Despite being the only group of creditors to be impacted, landlords accounted for less than a quarter of the votes. Clarks required 75 per cent approval from creditors.

The Hong Kong-based private equity firm LionRock Capital paid £100 million for a majority stake in Clarks last November, bringing to an end almost two centuries of family ownership. One landlord said there was no guarantee the £100 million would flow into the UK business and that Clarks had continued to pay dividends even as it racked up losses.

Property owners have also filed legal challenges against CVAs carried out by New Look and Regis UK. Clarks is said to have launched its legal defence and a court hearing is expected later in the year.

Meanwhile, controversial “pre-packs” that allow owners to buy back failing businesses shorn of debts will be subject to mandatory scrutiny when new legislation comes into force this week.