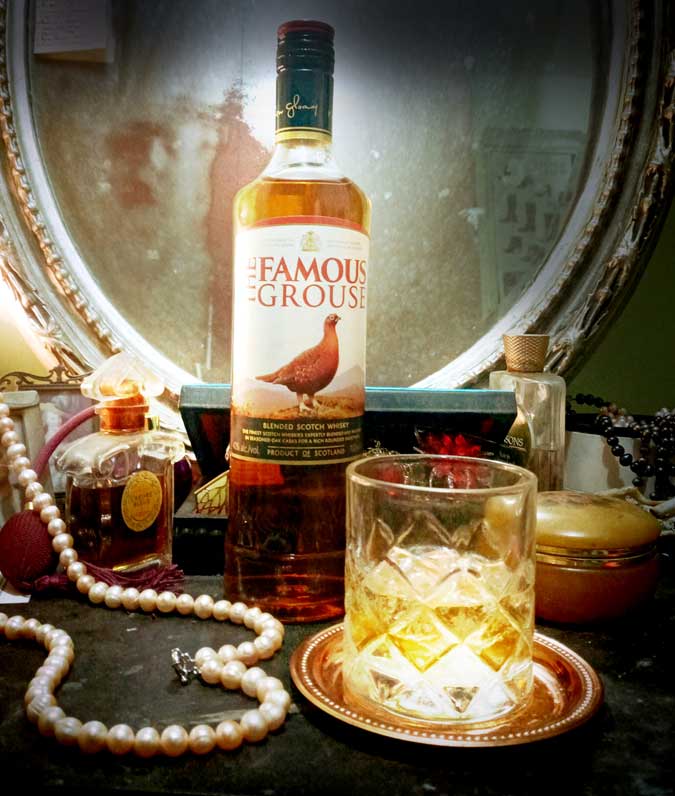 I’D buy anything with a Royal Warrant, and this brand has had one since 1984. When I found this bottle of The Famous Grouse on Boozy.ph, I immediately sprung for it. This was, after all, the favored tipple of Queen Elizabeth II’s late younger sister, Princess Margaret. It’s a surprising choice. For someone who’d always had the best of everything (except when it came to birth order and marriage), she favored this blended Scotch, which costs a flat P999. It’s possible, then, to get drunk like a royal, without the royal price tag.

The Royal Warrant on the label (basically an endorsement by the Royal Family) as well as its ownership by the Edrington Group (behind more prestigious brands Highland Park and The Macallan) gives some heft to its impressions, despite the very approachable price tag. The brand was founded by grocer Matthew Gloag in 1896 as The Grouse, then renamed The Famous Grouse in 1906.

The taste reflects this accessibility, considering the different world occupied by its most famous customer. It smells transparently floral (like a reliable one-note perfume), but with notes of blond wood and vanilla. Its amber color reminds one of pancake syrup, and a taste of it is reflected in a sip’s opening note. This one has a very mild heat, and minimal spice. The taste is easy and approachable (not much like the grand princess who drank it), and drinking it is far from a meditative or even intellectual experience. It’s what one imagines a whisky would taste like if one took tasting notes literally (the company’s website lists them as dried fruit, soft spices namely cinnamon and ginger, and a hint of oak). It is, then, at least, honest and straightforward. One drinks this when they don’t want to think; or if they need something to either fuel their talking or give some life to a poker face. It really is a perfect fit for its most famous drinker, one of the most famous party girls of her era. I will say that if it hadn’t been for its Royal Warrant, I’d imagine this to be the drink of choice for a man whose idea of fun is to shoot squirrels.

Would I drink this again? Definitely, and gladly. It’s for people who wouldn’t really want to paint themselves as serious whisky people, but wouldn’t want to look too gauche with a more mainstream choice. It’s a drink with an offhand, reverse-snob cool: “Me? I’m just here to drink.”

The Famous Grouse is available in most stores, but also online on Boozy.ph, and distributed in the Philippines by Future Trade, Inc.