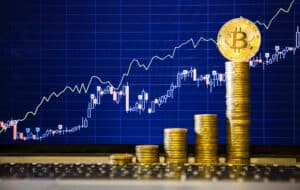 The rise of Bitcoin and other cryptocurrencies over the past decade has been hard to ignore.

Until now, the markets and regulations have not responded to this growth as much as one would expect, but according to the CEO of Goldman Sachs, David Solomon, this is set to change. He believes that we are soon to see a ‘big evolution’ when it comes to the regulation of digital assets in the US.

Financial institutions are very much currently focused on physical currencies, and up until this point, the US regulatory laws haven’t been made clear about how they should be treating digital currencies and assets. However, now, companies such as Goldman Sachs will look into ways they can support their clients in the cryptocurrency industry.

Moving with the Times

There are now more opportunities than ever to invest in, trade in or buy Bitcoin. The explosion of its worth has seen more people interested in profiting from the crypto boom, and this, unavoidably, will mean that a major transformation is needed with regards to how the US government regulates digital currencies and assets such as Bitcoin.

Although big changes will not happen straight away, Solomon believes that this evolution will happen over the coming years. However, because of the unpredictability of the crypto industry, he is not yet prepared to speculate on what these rule changes will mean for financial institutions, although he does believe that these changes will be implemented in order to help serve their clients.

Goldman Sachs is looking to lead the way in its treatment of digital assets as it begins to think proactively about the future of digital money. The main priority is to keep the needs and demands of its clients in mind. As it stands, there are a number of regulatory restrictions around financial institutions acting as a principle for digital assets such as Bitcoin. However, they can help to support their clients in the custody positions of these monies.

This is not enough anymore, according to Solomon, who believes that Goldman Sachs and others need to focus on how to support and be more involved in this area of finance. Indeed, it was suggested by Goldman Sachs’ Global Head of Digital Assets, Mary Rich, that the company’s private wealth management division looks set to offer bitcoin exposure to its clients with portfolios in excess of $25 million, which could happen in the first half of 2021.

A Change in Legislation

According to the current US Regulations, cryptocurrencies are considered to be a ‘highly volatile asset class’. However, there are no rules as to whether they can yet be treated as securities, which has the potential to lead to confusion.

It is because of this that in March 2021, a group of lawmakers introduced new legislation in order to clarify digital asset management and regulation in the US. This new legislation will look to evaluate the protection of investors, on issues such as cybersecurity, custody and private key management.

Read more:
Big Changes Coming to the Way Bitcoin and Cryptocurrencies are Regulated According to CEO of Goldman Sachs