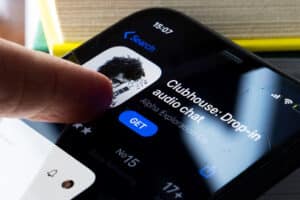 Twitter was said last night to have held talks about acquiring Clubhouse, the voice-based chat platform, as the giants of social media race to build up their audio offerings.

The companies discussed a potential valuation of about $4 billion for Clubhouse Bloomberg News reported.

Clubhouse, which is still in the midst of an invitation-only trial, has grown exponentially since its launch last spring. It now has an estimated ten million users. A funding round in January is said to have valued the platform at $1 billion and further financing could quadruple its valuation.

The buzz around Clubhouse has lured high-profile names from technology executives to television stars to take part in discussions on the platform, including Elon Musk, chief executive of Tesla, and Mark Zuckerberg, the Facebook founder.

The app is built around “rooms”, where users can broadcast, listen to and discuss everything from politics to poetry. Twitter has launched its own version, Spaces, and Facebook is said to be planning to follow suit.