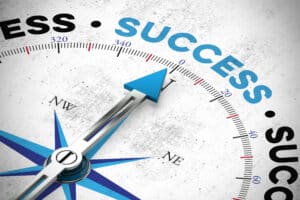 Where does entrepreneurial spirit come from? Are you born with it? Investor Nicole Junkermann believes early exposure to her father’s innovative spirit, kickstarted her passion to invest in disruptive start-ups and sectors.

Female-led start-ups are still in the minority. In 2019, one US study discovered just 2% of venture capital finance went to female-founded start-ups. While many have faced arduous struggles to pursue the dream of successful entrepreneurism, and create better solutions, very often for women. While women of colour fare even worse – receiving less than 0.2% of venture capital funding.

One such entrepreneur and investor looking to grow investment in female led start-ups, Nicole Junkermann, cites her father’s bold approach as the catalyst for that daring, innovative entrepreneurial spirit. Born in 1928 in Frankfurt, Heinz Junkermann forged a successful career across many business sectors, and his contribution to German commercial post-war life can’t be overstated – notably, his successes throughout the 1960s in the worlds of private banking, real estate and jewellery, against the backdrop of the economic revival of the Federal Republic of Germany.His private banking institution for high-net-worth clients across Germany and Western Europe further helped his rep as a trusted advisor by his clients.

It was a world he also inducted his daughter into in the early 1990s – but her exposure to this fast-paced and dynamic business really began years before that, when she’d accompany him to business meetings, often as his Spanish-speaking translator. Nicole believes these years established a life-long commitment to the best practice, business conduct and style, and instilled in her the drive to set up, run and grow a business.

Nicole has also inherited his philanthropic spirit: her support for the wellbeing and protection of others is evident in everything she does. While Heinz was a member of Rotary International, a global network promoting healthcare, education and peacetime, Nicole has been a member of the Tate Americas Latin American Acquisitions Committee since 2006 with her own socio-politically driven eponymous art collection, The Nicole Brachetti Peretti Collection.

Recognising the importance of women in business, she also invests in companies such as Elvie – one of the early pioneers of the Femtech sector. And as she watches her own daughter grow up, she intends to create a similar experience for her, providing a supportive yet stimulating environment for her to develop as an individual. Hopefully, she’ll one day thrive in a world where female entrepreneurs have achieved decent levels of parity. At a time when nearly a fifth of women are considering starting their own business, this might even come sooner rather than later.