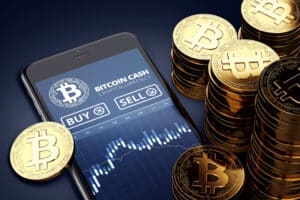 The price of bitcoin rose above $60,000 for the first time as its record-breaking run continued.

The cryptocurrency, which unlike stocks and bonds can be traded 24 hours a day, peaked at a record high of $61,680 yesterday morning. By 6pm in London, it had fallen back to $59,744, but this was still a near 5 per cent gain for the day.

It caps a remarkable run for bitcoin, which has quadrupled in value over the past four months. This time a year ago, one bitcoin was worth less than $5,000.

Bitcoin was created in 2009 as an alternative currency in the wake of the financial crisis. It is based on computer code and has no physical form but is instead generated by powerful computers. Although it was intended as an alternative method of paying for goods, it has mostly been used to speculate.

Its rapid rise has been fuelled in part by growing acceptance among global organisations. PayPal, the payments giant, announced last autumn that it would allow customers to make purchases using the currency and Mastercard has announced plans to follow suit.

Tesla, the electric carmaker, added fuel to the fire when it announced in January that it planned to start accepting bitcoin as payment for its cars. At the same time, the company, run by the billionaire Elon Musk, bought $1.5 billion worth of the cryptocurrency.

Tesla probably made more profit in January from that investment than it did from selling cars.

Analysts at some of the leading investment banks have also taken a more positive stance towards bitcoin, including Citi, which speculated that it could become “the preferred currency for global trade”, although its research has been criticised by some in the City of London. The bank’s analysts did also warn that there was just as much chance of a “speculative implosion”.

However, there remain plenty of bitcoin sceptics concerned about the currency’s environmental impact, given how much energy is required to make it, while Nouriel Roubini, a leading economist, has suggested that there is a “massive amount” of price manipulation in the market.