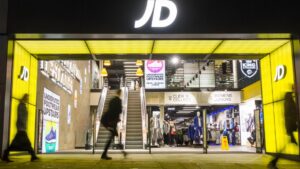 Some of Britain’s biggest property owners accused the government of allowing retailers to “raid the nation’s pensions and savings” after ministers extended a ban on landlords recovering rent debts for at least three months.

The government confirmed that a ban on evicting business tenants or taking action to recover rent arrears introduced as a temporary measure a year ago would continue until the end of June. A “call for evidence” will also be launched to seek responses to proposals including a phased withdrawal of the protections.

An estimated £4.5 billion of commercial rent debts have accumulated since the moratorium was introduced, after high street retailers, including H&M, JD Sports and Boots, took advantage of the policy to withhold rent.

The British Property Federation, whose members include Hammerson and British Land, said: “The scandal of those well-capitalised businesses who can pay rent, but have chosen not to, cannot be allowed to continue. Their behaviour has raided our nation’s pensions and savings invested in commercial property, and has been a heavy blow for already stretched local authority landlords and public finances.”

Mark Allan, chief executive of Land Securities, the co-owner of Bluewater shopping centre in Kent which has created an £80 million fund to support struggling tenants during the crisis, said: “The moratorium was an important temporary measure, but it now drives a wedge between landlord and occupier at a time when they should be working together.”

Nick Leslau, chairman of Prestbury Investment, which manages the listed company behind Alton Towers and the Manchester Arena, said: “It strikes me as just further kicking the problem down the road. I’m not sure this is ultimately good for tenants, because we’re coming to the end of the pandemic and landlords’ bargaining chips will be improved as people start going out again.”

Ministers have urged businesses that can pay rent to do so.

The announcement of an extension was welcomed by retailers and hospitality businesses.

Helen Dickinson, chief executive of the British Retail Consortium, said: “Retailers have lost over £22 billion of sales during the three lockdowns, and the ban on aggressive rent enforcement is a vital protection against being pushed into administration by landlords.”

Kate Nicholls, head of UK Hospitality, said a “phased approach” to lifting the moratorium and targeted legislation could provide “the flexibility combined with incentive” our businesses need. “We hope that this motivates landlords to come to the table with meaningful concessions.”

Read more:
Anger from Landlords as eviction ban is extended