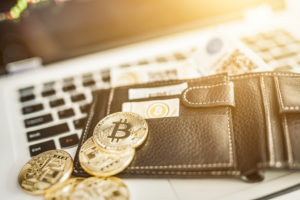 While signs of a shift from the fringes of global finance into the mainstream had lifted it to a new high of $57,529.76 in February, its rally unravelled as the month drew to a close.

It swung higher yesterday, however, regaining 7.8 per cent to $49,194.80 after Citibank told clients that the world could be at the start of a “massive transformation” as it considered the future of cryptocurrencies.

Analysts at the bank outlined a critical juncture for bitcoin, telling clients it could either be at the heart of a seismic monetary change or find itself confined to the sidelines. “Developments in the near term are likely to prove decisive as the currency balances at the tipping point of mainstream acceptance or a speculative implosion,” they said.

Bitcoin was created in 2008 as strings of computer code with no physical form by a secretive software developer using the name Satoshi Nakamoto. Trading of the currency has long been volatile, with sharp increases followed by heavy declines alarming policymakers and regulators.

While intended as an alternative currency to pay for goods and services, Bitcoin’s main use has been speculative trading. Supporters believe that this appears to be on the cusp of changing, however, on the back of mounting interest among investors and consumers alike.

Last month Tesla, the electric carmaker led by Elon Musk, disclosed a $1.5 billion investment and pledged to accept bitcoin as payment for its vehicles. Uber raised the prospect of passengers being able to pay for rides and deliveries with cryptocurrencies, and Twitter said that it would look at paying staff with digital money.

Analysts at Citi suggested that bitcoin could be “optimally positioned to become the preferred currency for global trade” — assuming a status long held by the dollar — with its immunity from fiscal and monetary policy and near-instantaneous payments.

They stressed that such an outcome was “by no means assured” however, with the prospect of regulatory shifts prompting bitcoin to stray from its anti-establishment roots, alienating many of the “most innovative developers and entrepreneurs” who have been among its most ardent supporters.

“There are a host of risks and obstacles that stand in the way of bitcoin’s progress,” Citi wrote. “But weighing these potential hurdles against the opportunities leads to the conclusion that bitcoin is at a tipping point.”

Janet Yellen, US Treasury secretary and former chairwoman of the Federal Reserve, has expressed concern about the role of bitcoin in illicit financial transactions and the high levels of energy consumed by mining it.

“It is a highly speculative asset, and you know, I think people should beware,” she told last week’s New York Times DealBook DC Policy Project. “It can be extremely volatile, and I do worry about potential losses that investors could suffer.”

Read more:
Bitcoin could be the new currency for global trade, Citibank says