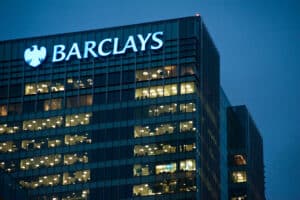 Almost 450 executives at Barclays each received annual pay packets of more than £1 million, the bank disclosed yesterday, despite group profits slumping by 30 per cent.

While Jes Staley, the chief executive, received a 32 per cent pay cut to £4.01 million, the bank’s annual report discloses that total bonuses at the bank went up by 6 per cent to £1.58 billion.

Barclays reported a slump in full-year profits to £3.07 billion after making provisions of £4.8 billion to cushion itself against business and personal borrowers that it expects to default. It promised “a meaningful improvement in returns” in 2021, however.

The bank traces its roots back to 1690 and is one of the biggest in Britain, with 24 million customers, 859 branches, 83,000 employees and a stock market value of £26 billion. It combines a UK retail bank with large operations in investment banking and credit cards.

While the retail division was hit by locked-down households paying off debt and making fewer card transactions, the corporate and investment banking division, which includes a Wall Street presence, boosted its profits contribution by 22 per cent thanks to high trading volumes in volatile markets and several deals and capital-raisings. That led to bonus increases for senior managers and star dealmakers.

Barclays argued that the bonuses were justified by a strong performance in the investment bank and pointed to the bank’s role in supporting the economy, running government loan schemes and supporting vulnerable customers.

However, equality campaigners condemned the payments. Luke Hildyard, chief executive of the High Pay Centre, said: “If a similar sum were reallocated to shareholders, or shared among the 27,000 Barclays employees earning less than £25,000, it would probably represent a much more sensible, productive and proportionate use of the money.”

The bank is resuming dividend payments, but with a 1p payout, much smaller than expected, although this was accompanied by plans for a share buyback of up to £700 million.

However, shares in the bank were marked 4.4 per cent lower to 147½p as it warned that its key capital ratio would worsen this year, as would its interest- rate margin in the UK.

Staley, 64, said that 70,000 staff were working from home but suggested that they needed to return to the office when restrictions were lifted. Working from home was “getting old”, he said.

Dividend shock mitigated by buyback plan
Barclays took investors by surprise by reinstating its dividend at a much lower level than expected, but then it sugared the pill with the promise of a share buyback of up to £700 million.

The dividend for 2020 was set at 1p, much lower than the 3.5p that had been pencilled in by analysts.

The dividend is the first payout by the bank since October 2019. It cancelled a 6p payment set for early 2020 after the Prudential Regulation Authority insisted that all large banks conserve capital as the pandemic erupted. That veto was lifted in December.

Barclays said that it was boosting the payout with a buyback from this quarter, saying that the low share price made that sensible. “It’s the right thing to do,” Jes Staley, chief executive, said. The two policies together amounted to a 5p-per-share return to shareholders.

While some investors prefer buybacks because they can be more tax-efficient, others prefer income. Barclays has a million private shareholders, many absorbed when it bought the former Woolwich building society.

Analysts suggested a buyback had been chosen instead of a larger dividend because it could be more easily reversed if the bank hit choppy waters.

In buybacks, companies use spare cash to buy in shares, which they then cancel. This can effectively boost earnings per share, but sometimes they can be disastrous: in 2007 and 2008 Barclays bought its own shares expensively only to have to issue new ones cheaply when the financial crisis hit.