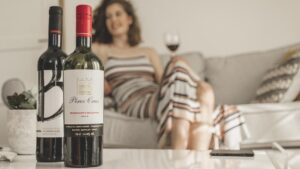 Virgin Wines is pushing ahead with plans for a listing on London’s junior stock market that could value the online retailer at about £100 million.

The company, which licenses the brand from Sir Richard Branson’s Virgin Group, announced yesterday that it expects to join Aim early next month. It has enjoyed a surge in demand after coronavirus lockdowns led to the closure of pubs, bars and restaurants, forcing drinkers to stay at home.

The business sources produce from winemakers and other suppliers and sells cases to consumers through its two main subscription schemes, which generate the bulk of its wine revenues. Drinkers can buy cases individually if they do not want to be tied into one of the company’s plans, and the group has an arm that serves corporate clients and retail and wholesale partnerships.

It was set up in 2000 by Virgin and was acquired by Direct Wines five years later. The private equity firms Mobeus Equity Partners and Connection Capital subsequently backed a £15.9 million management buyout of the business led by Jay Wright, its chief executive, and Graeme Weir, its finance chief, in November 2013. The flotation plan first emerged last month.

Virgin Wines had about 169,000 active customers by the end of last year, including about 147,000 subscribers. It generated earnings before interest, taxes, depreciation and amortisation of £4.5 million on revenues of £40.6 million in the six months to December 31, up 196 per cent and 55 per cent respectively compared with a year earlier because of the boost from lockdowns.

The company competes with Naked Wines, another subscription-based business that is listed in London and which was previously part of Majestic, the bricks-and-mortar retailer. Naked has also enjoyed a sales surge because of the lockdowns.

It is thought that Mobeus plans to retain its 42 per cent stake in Virgin Wines following the listing but Connection is seeking to offload its 23 per cent shareholding. It is unclear if Virgin Wines management will use the float to cut their 35 per cent stake.

Wright said: “We have enjoyed strong, consistent growth recently, resulting in the group delivering more than one million cases of wine to consumers during 2020. Underpinned by the strength of our customer proposition as well as the benefit of many positive consumer trends, we have a clear strategy to continue this growth over the coming years.”

The listing comes during a boom in flotations as companies race to take advantage of relatively buoyant stock markets to go public. There was a lull in listings last year when the pandemic first took hold and in 2019 when worries about Brexit deterred businesses from selling shares.

Companies including Dr Martens, the bootmaker, Moonpig, the e-cards business, and Foresight, a renewable energy-focused asset manager, have joined the London Stock Exchange in recent weeks. Deliveroo, the takeaway ordering platform, and Darktrace, the cybersecurity group, are among those preparing to join the exchange.