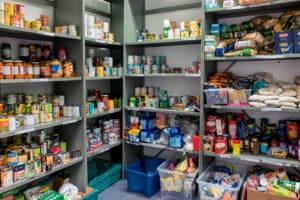 One in four adults in the UK have been left financially vulnerable as the fallout from Covid-19 drives more people into debt, according to the City regulator.

The Financial Conduct Authority said the number of people now struggling with low financial resilience – which is defined as over-indebtedness, low savings levels or low or erratic earnings – increased by a third to 14.2 million in October, representing more than a quarter of the UK adult population.

In a sign of the devastating effect from Covid-19 on many people’s finances, the FCA said this figure had risen from 10.7 million before the pandemic. The watchdog said a higher than average number of younger adults, and those from black, asian and minority ethnic (BAME) backgrounds, had become more vulnerable since March, in a reflection of the unequal impact of the crisis.

Concerns are rising over the growing financial damage from Covid-19 and multiple lockdowns as redundancies rise at the fastest rate on record and millions of people earn less on furlough or suffer a worse drop in income as job opportunities dry up.

According to the landmark survey of financial health, more than half of the adult UK population, or 27.7 million people, showed characteristics of vulnerability – such as poor health, low financial resilience or recent negative events in their lives – that put them at greater risk of harm when dealing with financial affairs.

It said this figure had increased 15% compared with pre-pandemic levels, from about 24 million in February 2020, as the crisis forced millions of people to cut back on essentials, take on debt or turn to a food bank to make ends meet.

Debt charities said it was deeply concerning that those who were already struggling before the pandemic were among those most at risk. Richard Lane of the debt advice charity StepChange said millions of people had fallen behind on essentials and that further government intervention was required to prevent rising levels of destitution becoming a defining legacy of Covid-19.

“Keeping the £20 uplift to universal credit would go some way to achieving this,” he said. “The government should also look to provide targeted funding that can enable households to exit safely from unmanageable coronavirus debt.

“By concentrating support in this way, it can reduce the rising financial vulnerability and avert the damaging impact of long-term debt on health, mental health and the economy.”

The FCA study, compiled from surveying 16,000 people up to February 2020, with an updated survey of 22,000 additional people in October, comes in the latest sign of the financial damage being caused by the crisis.

Official figures showed almost 9 million people, many of them among Britain’s poorest, were forced to increase their borrowing last year to cope with the pandemic. The Joseph Rowntree Foundation estimates that 2 million families are likely to struggle to afford to feed themselves, stay warm or keep clean as the Covid recession continues.

However, in a reflection of the unequal impact of the pandemic on workers losing their jobs or being placed on furlough, compared with those able to continue working from home while saving on commuting costs, the survey found 14% of adults had actually seen an improvement in their financial situation. Almost half had not been affected financially by Covid-19.

Research from Barclays shows UK households’ bank deposits and currency holdings has grown at an annualised pace of nearly £200bn last year – an excess of £134bn from the year before, as many people saved money during the crisis. However, it said this was skewed substantially towards higher-income households.

Nisha Arora, the director of consumer and retail policy at the FCA, said: “The pain is not being shared equally with a higher than average proportion of younger and BAME adults becoming vulnerable since March. It is likely the picture will have got worse since we conducted the survey.”