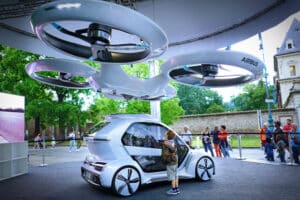 United Airlines plans to buy 200 flying electric taxis that it hopes will fly passengers to the airport within the next five years.

The US airline is one of the first major carriers to commit to the purchase of flying taxis.

United Airlines will also invest in flying taxi firm Archer as part of a $1.1bn (£800m) deal to develop the aircraft.

The aircraft need regulatory approval before the purchase can go ahead.

United Airlines will team up with US regional carrier Mesa Airlines to buy Archer’s electric vertical take-off and landing (eVTOL) aircraft as part of a $1bn order.

The deal is seen as a stamp of approval for start-up Archer, which said it will launch its shares on the US stock market following the deal.

Other investors in the start-up include carmaker Stellantis, the new company formed last month by the merger of Fiat Chrysler and France’s PSA Group.

United and Mesa said they predict using the taxis to fly passengers over congested highways to hub airports.

California-based Archer says the taxis will be capable of flying a distance of 60 miles (95km) at 150 miles an hour (240km/h) and could nearly halve carbon dioxide emissions for passengers travelling to the airport.

“With the right technology, we can curb the impact aircraft have on the planet, but we have to identify the next generation of companies who will make this a reality early and find ways to help them get off the ground,” United Airlines chief executive Scott Kirby said in a statement. 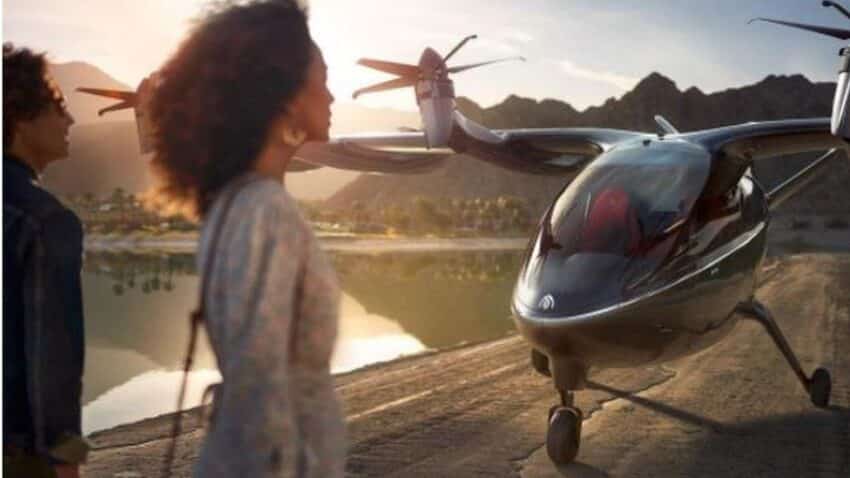 United and Mesa have the option to buy another $500m worth of aircraft under the deal.

United Airlines lost more than $7bn last year and has relied on US government aid to avoid laying off thousands of workers.

Some economists see the pandemic as an opportunity to use these stimulus funds to develop carbon-neutral air travel.

However, ride-sharing business Uber sold off its flying taxi unit Elevate in December.