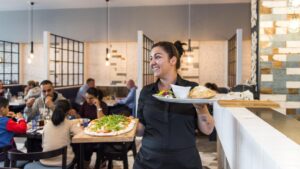 More than 200 restaurant staff have been made redundant after the new owner of Prezzo put the chain through a pre-pack administration.

Cain International, the investment firm that acquired the brand in December, said that 22 of Prezzo’s 178 restaurants would not reopen after lockdown, with 216 of its 2,900 employees leaving the business.

It said that its “decisive action” in buying the business back via a pre-pack — where a purchaser is lined up to immediately buy a business back out of administration — had protected most of the staff and preserved the brand.

Cain, which is led by Jonathan Goldstein, entered talks with Prezzo’s landlords after the chain’s future was put in doubt by the latest lockdown. The administration is being handled by FTI Consulting.

Prezzo, which was founded in 2000, was once listed but was taken private by TPG in 2014 in a £300 million deal. Three years ago it shed 114 loss-making sites via a company voluntary arrangement, a less drastic insolvency process.

Goldstein said he believed the chain had a bright future but it faced the challenge of having “to get through this crisis of mounting liabilities and no revenues”. He said uncertainty over the reopening of the hospitality sector meant decisive action had been needed. The decision to close 22 sites “will allow us to save thousands of jobs and create more in the future”.

Cain said that Prezzo’s restaurants had been able to operate for only 25 of the past 52 weeks due to lockdowns and other restrictions, but its fixed costs and rent had continued to accumulate.