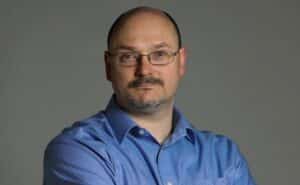 John Barker (pictured) was one of the first appointments made by ITI Group, and he will be heading up IT Capital, the regulated UK broker, as Chairman. Barker has extensive industry experience having previously worked in EMEA territories as CEO of Liquidnet, as well as Chairman of BCS in London and Board Advisor at Torstone Technology Limited. John was also Chairman of Phoenix Games Network Limited and the owner of The European Gaming League which has recently been acquired by NASDAQ listed Esports Entertainment Group.

Nicholas Jordan joined ITI Group as Non-Executive Director. He brings more than 30 years of experience working in senior positions in leading global financial institutions worldwide. One of most remarkable experiences he brings is being a Member of the Board of 4Finance and Chairman of the ALCO committee. Earlier, Nicholas held senior executive positions including Co-CEO of Goldman Sachs in Russia (until 2015), and prior to this he was the CEO of UBS, Russia & CIS. Before UBS he was employed at Deutsche Bank for 10 years.

Patrick Martin also joined ITI Group as a Non-Executive Director in December 2020. Patrick is a highly experienced non-executive director, board advisor and entrepreneur with a track record of enabling rapid growth for companies.  Prior to joining ITI Group he was a non-executive director at Afinos, Gravity Energy AG and in PPRO financial, where he prepared the company to navigate the uncertainty of Brexit.  Patrick brings a deep knowledge of the technology, fintech, media and entertainment sectors. He is equipped with comprehensive business development, strategic and operational leadership, governance and corporate finance expertise generated through establishing and leading highly successful businesses.

John, Nicholas and Patrick join Dennis Fulling and Oleg Jelezko, Managing Directors’ from DaVinci Capital, as ITI Group directors. DaVinci Capital are the majority shareholders in ITI Group and have set ambitious plans to build the business towards a $1b+ exit over the next few years.

Speaking to Business Matters, Oleg Jelezko, Chairman of the Board for ITI Group, said, “We are thrilled to welcome our new board members who will strengthen ITI Group governance and commercial teams, and I am certain they will help our business achieve our ambitious goals and accelerate ITI Capital’s journey to the top of the global financial services companies.”