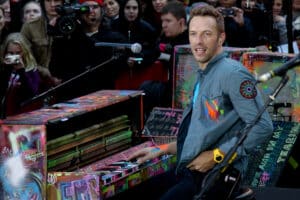 Napster is to make its debut on the London stock market later this month, marking the first time the music streaming pioneer has had its own public listing in a chequered 22-year history.

Napster, which will start trading on the Alternative Investment Market from 26 February, is listing in London as a result of the company’s $70m (£53m) reverse takeover by a British music tech startup last summer.

MelodyVR, which films and streams gigs fans watch with virtual reality headsets, said on Monday that it is raising up to £10m to fund the expansion of the streaming business, and plans to rebrand as Napster after the company’s general meeting later this month. The MelodyVR/Napster business now has a market value of about £100m.

“We are looking forward to rebranding as Napster,” said the MelodyVR chief executive, Anthony Matchett, who will now become chief executive of Napster, which is relaunching its app later this year. “This funding will support the development of our new Napster music service throughout the course of 2021.”

The Swiss firm Nice & Green is buying £6.5m worth of the shares being placed in the fundraising move, with another £3.5m worth of stock open to retail investors.

Last August, the six-year-old British company, which has hosted gigs by acts including Emeli Sandé, the Chainsmokers and Cypress Hill during lockdown, acquired Rhapsody International, which operated as Napster and was in turn owned by the Nasdaq-listed RealNetworks. As part of the cash and shares deal, RealNetworks continues to hold a 10% stake in the business.

For the past six months the two businesses have been run separately – Napster’s headquarters are in Seattle, while MelodyVR is based in London – but they will now effectively be merged and led by the much bigger US international streaming business.

Napster makes about $130m in revenues annually from its almost 6 million music subscribers, who pay $9.99 or £9.99 a month, while MelodyVR turns over about £1m a year. By rebranding and putting the focus on Napster, the company will be aiming to benefit from investor cheer towards businesses seen to be capitalising on the streaming boom prompted by the coronavirus lockdown.

Napster has a library of about 90m licensed tracks and its subscription base almost doubled from 3 million in December 2019 to 5.7 million at the end of last year.

A shareholder vote to approve the merger and rebrand of MelodyVR as Napster is due to take place on 25 February. The overall business employs about 140 staff, with 90% of those based in Seattle.