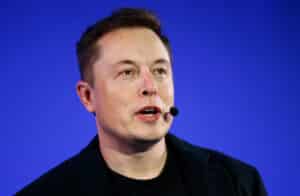 Bitcoin has surged to a new record high after Tesla revealed that it had bought $1.5 billion of the cryptocurrency and pledged to start accepting it as payment for vehicles.

The electric carmaker’s disclosure — touted by analysts as a seminal moment for the world’s largest digital currency — comes after Elon Musk, Tesla’s chief executive, suggested that bitcoin was “on the verge” of widespread acceptance.

The announcement lifted bitcoin to a peak just shy of $45,000, reigniting the currency’s astonishing recent rally. By last night in New York it was up 15.5 per cent at $43,722.43. It has risen by 50 per cent this year and by more than 275 per cent since the middle of October.

The cryptocurrency exists as strings of computer code, with no physical form. It was developed by a secretive software developer using the name Satoshi Nakamoto. While intended to be used as an alternative currency to pay for goods and services, its main use has been speculative trading.

Tesla’s board approved a change to investment policy last month that will enable the company to buy assets including cryptocurrencies and gold. “Moreover, we expect to begin accepting bitcoin as a form of payment for our products in the near future,” it said in a filing that disclosed a $1.5 billion investment in the currency.

Musk’s views are closely scrutinised by some day traders. Bitcoin rose by as much as a fifth last month when he referred to it in his Twitter biography.

Tesla, with a market value above $800 billion, is the world’s most valuable carmaker. The California-based company delivered almost half a million vehicles last year. Musk, 49, has been its chief executive since 2008.

Analysts at Wedbush Securities, the investment firm, hailed a “major move that will have a ripple effect” across the world. Eric Turner, of Messari, a cryptocurrency research group, predicted “an acceleration of companies looking to allocate to bitcoin.” Tesla’s investment means that “one of the largest companies in the world now owns bitcoin and by extension, every investor that owns Tesla (or even just an S&P 500 fund) has exposure to it as well,” he said.

Bitcoin was not the only cryptocurrency encouraged by Musk to climb higher. Dogecoin, a minor digital asset created as a joke to satirise the rise of others, has been highlighted by the SpaceX founder and his celebrity acolytes. The currency rose over a third to 8.2 cents on Monday after Snoop Dogg, the rapper, appeared to endorse it.

The early scepticism of some of Wall Street’s most prominent leaders has weakened recently. Just over three years ago Larry Fink, the founder of BlackRock, described bitcoin as an “index of money laundering” and Jamie Dimon of JP Morgan said that investing in the digital asset was “stupid”.

In December Fink, 68, appeared to have had a change of heart, describing bitcoin as “something that’s real” that could evolve into a “global market”. While Dimon, 64, maintains that the cryptocurrency is not his “cup of tea,” he has observed that some “very smart people” are investing in it.