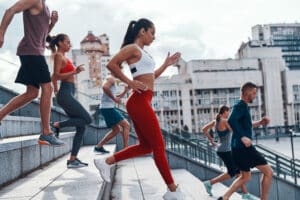 Outdoor sport and socialising are set to be among the first activities to be allowed after schools return next month.

Boris Johnson’s plans for a release from lockdown in the spring will prioritise open-air contact and set out dates for the opening of retail and then hospitality after pupils return to classrooms.

Outdoor activity is likely to be permitted first in each phase. Team and individual sports such as golf and tennis, along with limited social gatherings outside, would therefore be possible within weeks of a planned return of schools from March 8.

Outside markets are likely to be allowed to open before high street shops, and al-fresco dining before eating indoors. Government sources said that the plans were “tentative”, and that only the date for the earliest return of pupils had been agreed. The prime minister has ordered a simplification of the rules to remove requirements such as those on pubs to serve a “substantial meal” alongside alcoholic drinks.

A new set of indicators to be used to judge whether England can move to the next stage of the release is being prepared. Johnson has said that he does not want a return to regional tiers.

Johnson is under pressure from Conservative MPs to ease lockdown restrictions quickly as figures show that the pressure on the NHS is starting to ease. Some senior scientists predicted yesterday that Britain could be back to near normal by the summer, with people able to meet relatives next month.

NHS chiefs are preparing to oppose demands for a swift easing of restrictions, pointing out that hospitals still have thousands more Covid-19 patients than last April and attempts to restart routine care would be set back by another surge in infections.

Chris Hopson, head of the lobby group NHS Providers, warned yesterday that intensive care units were running at 70 per cent above normal capacity, with numbers coming down “very slowly”. Last night Jeremy Hunt said that ministers should not lift lockdown until coronavirus cases were below 1,000 a day. The health select committee chairman warned that the appearance of new variants made it risky to move too quickly. “I think we have to recognise that the game has changed massively over Christmas with these new variants, and that we mustn’t make the mistake that we made last year of thinking that we’re not going to have another resurgence of the virus,” he told The Guardian.

Mark Harper, a former chief whip and chairman of the Covid Recovery Group, which consists of 70 lockdown-sceptic Tory MPs, said that the government should “get rid of restrictions completely” once all over-50s had received at least one vaccine jab, potentially by the end of May.

Professor Andrew Hayward, a scientist at University College London and a member of the Scientific Advisory Group for Emergencies (Sage), also said that a turning point could come when all those over 50 were vaccinated. “Once the most vulnerable people are vaccinated we can see a significant return to normality,” he told the BBC.

A government source said that “the basis for all discussions is what we did in May”, when the government set out plans to ease the first lockdown.