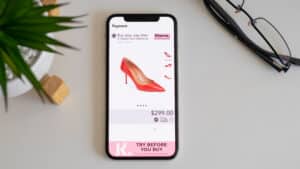 The City watchdog will be given powers to regulate “buy now, pay later” firms such as Klarna and Clearpay, amid fears that a surge in their popularity during the pandemic could leave consumers with high levels of debt.

The Treasury announced plans to bring the £2.7bn sector under the regulation of the Financial Conduct Authority after a four-month review by the former FCA interim chief executive Chris Woolard.

Companies including Clearpay, Laybuy and industry leader Klarna allow customers to stagger payments for products such as clothes and furniture with no interest or fees – unless they fail to pay back on time. The model is popular with millennials and Generation Z shoppers, who can delay payments for goods at hundreds of retailers including Asos, Boohoo, JD Sports, Hugo Boss and Made.

Bringing them under the FCA’s regulation means firms will have to conduct proper affordability checks before lending and ensure customers are treated fairly if they are struggling to repay the loans.It will also give consumer the right to complain to the Financial Ombudsman Service if things go wrong.

The use of buy now, pay later (BNPL) agreements nearly quadrupled in 2020 and is now at £2.7bn, with 5 million people using these products since the beginning of the coronavirus pandemic, which caused a boom in online shopping. However, the Woolard review warned that BNPL comes with a “significant potential for consumer harm”. For example, more than one in 10 customers of a major bank using buy now, pay later were in arrears.

The FCA is concerned about how easy it has become for consumers to buy more than they could afford and rack up high debts. Some firms initially cap credit limits or do a basic credit check, but this is usually to manage the firm’s own risk rather than confirm that a borrower can afford to repay.

While shoppers tend to borrow about £65 to £75 in a single purchase, customers can also use more than one BNPL provider at the checkout, without their mounting debts being flagged to other firms or lenders.

John Glen, the economic secretary to the Treasury, said: “The review found it would be relatively easy to accrue around £1,000 of debt that credit reference agencies and mainstream lenders cannot see.

“With several buy now, pay later providers planning to expand to higher-value retailers, or offer their products in store, the risk that consumers could take on unaffordable levels of debt is increasing.”

The Treasury expects that – after a consultation with the firms and others involved and legislation – the FCA will be given formal oversight of the sector later this year.

The government has come under pressure to act swiftly, after warnings from more than 70 cross-party MPs that BNPL could be “the next Wonga waiting to happen” – referring to the 2014 crackdown on payday lenders after they drove people into unsustainable debt. Labour MP Stella Creasy, who led the charge, said on Tuesday that “regulation cannot come soon enough”.

Providers including Klarna, Clearpay and Laybuy said they broadly welcomed regulation. Klarna said: “We agree that regulation has not kept pace with new products and changes in consumer behaviour and it is now essential that regulation is modern, proportionate and fit for purpose, reflecting both the digital nature of transactions and evolving consumer preferences.”