I don’t remember who said that military intelligence is an oxymoron, or a contradiction in terms.

That is obviously an exaggeration; but I find the joke consoling in the midst of the lame brained overzealousness personified by military General Antonio Parlade who has not inhibited himself from posting his red tagging thoughts on social media. It seems National Defense Secretary Delfin Lorenzana has dismissed another general for being political on social media; but Parlade seems to be an exception.

The military cites the fact that some University of the Philippines (UP) alumni have been killed along with New People’s Army (NPA) rebels. Well, if they had taken up arms against the government, that is the price they pay for freely pursuing their beliefs at the risk of their lives.

The brouhaha over the Armed Forces of the Philippines’ (AFP) desire to be allowed to enter UP campuses in order to conduct surveillance of alleged recruitment of UP students by the NPA is understandable. UP Professor Jay Batongbacal, Southeast Asian expert on the Law of the Sea, asks why the military does not instead conduct surveillance on the West Philippine Sea where China has taken over more and more of our UN-recognized territories. After all, the Philippine Constitution provides defense of our territories as the military’s raison d’etre. Senator Kiko Pangilinan and Ateneo Professor of Constitutional Law Antonio La Vina have cited the fact that the most violent attacks against the government were undertaken by graduates and former faculty of the Philippine Military Academy (PMA); and that therefore, surveillance should instead be conducted at the PMA.

This recent spate of red tagging overzealousness seems to have replaced drug lords and drug pushers and users as the government’s or the President’s favorite contrabidas (bad guys). Having a declared enemy seems to energize the President who wants, or needs, I guess, to constantly feel or look heroic. Why can’t he consider Communist China as our biggest enemy? After all, they are certainly outright reds. And they are in fact encroaching on our territories. They have been destroying our marine resources. They have prevented our fishers from harvesting in our own waters. In fact, they have graduated from fishing for giant clams to building military outposts, and lately, threatening to use arms against “encroachers” on “their” territories, which includes those owned by us, and some of our neighbors’, according to international laws. Besides, remember that during his presidential campaign, Rodrigo Duterte promised to fearlessly ride a jetski to Scarborough where he would plant the Philippine flag. By their illegal takeover of our territories, China should be our enemy. They should be the primary defense focus of our military. Why does the President instead constantly kowtow to them? He has even openly defended a preference for the Chinese Sinovac COVID-19 vaccine, which has been reported to have 50% efficacy in Brazil vs. Pfizer’s reportedly over 90% effective vaccine.

Remember too, that communism or membership in the Communist Party is no longer against Philippine law. Leftist thinking certainly is not against our laws. In a country like ours where there is little justice and most of the people are poor, and almost 40% regularly suffer involuntary hunger, we should expect massive discontent. Government should be competing with this discontent by delivering better and more equitable services. It is difficult not to wonder if the system is wrong. And whether alternative systems, such as those among leftists, will be better. There is certainly no crime in thinking that way. Our communist neighbor Vietnam has courageously repelled China’s invasion of its waters. Vietnamese mariners rescued Filipino fishers who would have drowned after having their boat rammed by Chinese boats which abandoned them. Vietnam is certainly becoming more productive and progressive than us. It has overtaken us as the second biggest coffee producer in the world and it has been selling us rice! It is also one of the more successful countries in the battle against COVID-19. Besides, China will soon overtake the United States as the most prosperous country in the world. Shouldn’t we wonder why we are not turning more and more red?

Also reportedly threatened under the recently passed Anti-terror Law are party-list representatives in Congress. While the Party-list system could stand some improvement, there is no good reason for outlawing organizations such as Bayan Muna and Gabriela which have displayed patriotism in taking courageous and independent positions in Congress which is plagued with toadies. The issue being cited is also their “leftist” leanings.

Obviously, the military needs a reorientation. The Constitution provides that no member of the military shall engage, directly or indirectly, in any partisan political activity, except to vote. They are also to respect the people’s rights in the performance of their duty. Defense Secretary Delfin Lorenzana should undertake a program to re-educate our soldiers — first of all, their officers — on what a liberal democracy is all about; and on the provisions of our Constitution, with emphasis on the Bill of Rights. They are supposed to stay away from politics and to focus on their job of defending our country and our people from threats to our territories and communities. It is not their job to interfere with how we think. But certainly they are to prevent us, if necessary with the use of force, when we take armed illegal action against the government and our territories.

We must vigilantly guard against politicizing the military. Look what is happening in Myanmar!

Secretary Lorenzana has agreed to a meeting with the administrators of the University of the Philippines. The academics must not budge from their refusal to admit military officers into their campuses for purposes of surveillance on how their students think and who they associate with (as long as they do not violate our laws). This has got to be a no-compromise position. There is a joke going around suggesting that UP install Nine-Dash Lines inside their campuses in order to prevent military intervention. Why not? It seems to be working. 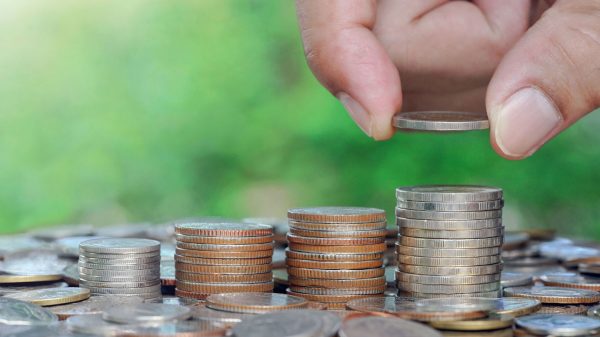