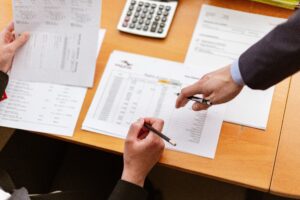 An experienced financial expert is striking a blow for business borrowers by checking commercial loans and mortgages for any overcharged interest or incorrect application fees.

Yorkshire-based Secured Lending Audit is a start-up business aimed at helping ensure borrowers are correctly compensated for any mismanagement of a loan or mortgage.

Over the years there have been several examples of where banks and other financial institutions have failed to calculate loan and mortgage interest correctly.

This has resulted in borrowers paying too much interest due to a lack of internal checks.

In 2018, tens of thousands of Halifax customers were paid compensation after it emerged customers had overpaid interest on their mortgages due to miscalculations by the bank, some dating back as far as 2010.

Michael May, founder and director of Leeds-based Secured Lending Audit, said he was passionate about helping people and ensuring fairness in the way financial business was conducted.

“There have been too many horror stories over the years of banks who have treated customers badly and a lot of the trust between lenders and borrowers was broken or at least eroded,” he said.

“When banks regulated themselves, some behaved in a way that was in their own best interests and not in the interests of their customers.

“Despite the majority of lenders being regulated by the Financial Conduct Authority (FCA) there are still areas of concern which customers may not recognise and in the realms of commercial finance there is less regulation for the lenders to comply with, leaving the borrower with a less robust vehicle to challenge their lender.”

Michael said that as not all commercial lenders were regulated by the FCA and that left borrowers exposed to potentially costly mistakes. Even a small overcharge of interest in the past that seems insignificant will, due to the way compound interest works, be of a significant value now.”

“In my eyes, business operations should always be fair and in the best interests of the customer,” he said. “My mission with Secured Lending Audit is to ensure a level playing field.

“It is incredibly difficult for a customer to get a bank to either admit they did something wrong or to make repayments without proper evidence to support the claim.”

Secured Lending Audit uses bespoke software to check loans or mortgages to establish any mismanagement which has resulted in incorrect fees or overpayments in interest.

The financial product must still be ‘live’ or have been paid off within the last six years.

“If the audit establishes that there has been any mismanagement during the life of the product resulting in overcharges of interest or fees, we report the details back to the borrower,” said Mr May.

“Using our team of commercial litigation experts, we then work to reclaim the current value of the error on behalf of our clients.”

Mr May said fairness and transparency was also at the heart of his own business and added: “We are providing a service which offers genuine help so unless there is a fee to be reclaimed, we will not charge for the initial service, this is only due when the repayment from the lender has been received by the borrower.”

Mr May said while FCA-regulated lenders operated under the highest standards, the same wasn’t necessarily true for those that were unregulated.

“Without this obligation there is often a lack of investment in internal compliance, auditing and infrastructure and mistakes can be made which go undetected, maybe for the lifetime of the loan or mortgage.” he added.

“I want to help borrowers and level up the playing field and if the unregulated lenders know we are here and carrying out independent audits it may encourage them to look at their products more closely and ensure they deal fairly with their customers.”

Read more:
Yorkshire-based start-up firm on a mission to save business borrowers money and ensure fairness