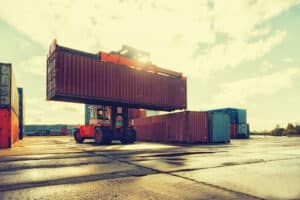 Ocean freight rates have climbed to new highs as a shortage of shipping containers continues to squeeze the global market.

The average cost of shipping a standard container has risen by 20 per cent this year to more than $4,000, extending a rise that began in mid-November.

Shanghai, the world’s busiest freight port, is suffering from an acute shortage of containers. Availability this week of 40ft “high cube” containers is less than half than it was a year ago, according to Xchange, which tracks container movements worldwide.

The shortages at Shanghai and other big Chinese ports are fuelling the increase in the global average cost of ocean freight. Average shipping rates between east Asia and northern Europe are up nearly 40 per cent this year, and at nearly $8,000 are close to double the global average.

When the pandemic disrupted trade flows last year it also disrupted the flow of shipping containers between big ports, leaving some, particularly in Europe and the US, with surpluses. Some of these containers were stacked up at the ports and many were transferred to inland depots.

A faster-than-expected recovery of the global economy towards the end of last year, and the resulting rapid rebound in demand for container shipping, caught ocean freight companies off guard. China, the world’s top goods exporter, recovered faster than most countries from the worst days of the pandemic but has been left woefully short of containers. Many of them are sitting empty awaiting return from Europe and the US, which are trailing China’s manufacturing recovery and in any case, export far less goods to China than they import.

The container shortage at Shanghai became apparent in early October but availability seemed to be improving towards the end of the year. However, since the start of this year, availability of 40ft high cube containers has dropped back to well below normal levels.

However, Maersk, the world’s leading container shipping group, believes the market will soon stabilise. Patrick Jany, Maersk’s chief financial officer, told the Danish business newspaper Borsen yesterday: “When we experience [a] tailwind due to the market situation, we also need to be able to generate a strong cashflow once the market situation returns to normal — which we expect will happen fairly soon.”