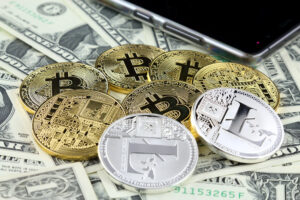 Bitcoin briefly bounced back above $40,000 yesterday as the cryptocurrency shook off calls for stricter regulation to resume its upward march.

The world’s biggest cryptoasset, which is a string of code published in 2008, has been on a bull run in which it gained more than 300 per cent last year. With speculative investors piling in, regulators have threatened a crackdown on bitcoin and other cryptoassets.

The Treasury has opened a consultation, the Financial Conduct Authority has told investors that they could lose everything and Christine Lagarde, the president of the European Central Bank, said this week that bitcoin was a money-laundering tool and needed global oversight.

Their remarks have fallen on deaf ears within the bitcoin investor community, which is becoming increasingly mainstream.

Craig Erlam, senior market analyst at Oanda Europe, said: “It should come as no surprise to anyone that bitcoin has bounced back so quickly. We know it’s an extremely volatile instrument. The only difference this time is the absolute numbers are now much larger due to its growth over the last month.”

Last year there were serious institutional buyers of bitcoin, including Fidelity and several large hedge funds. JP Morgan has said the bitcoin price could rise to $146,000 in the long term.