CAR SALES slumped in 2020, after a holiday demand spike failed to make up for the plunge in demand during the coronavirus-induced lockdown, data from two automotive industry groups showed.

Data from the Chamber of Automotive Manufacturers of the Philippines, Inc. (CAMPI) and Truck Manufacturers Association (TMA) released on Thursday showed full-year sales stood at 223,793 units, falling 7% short of the 240,000 industry group target. 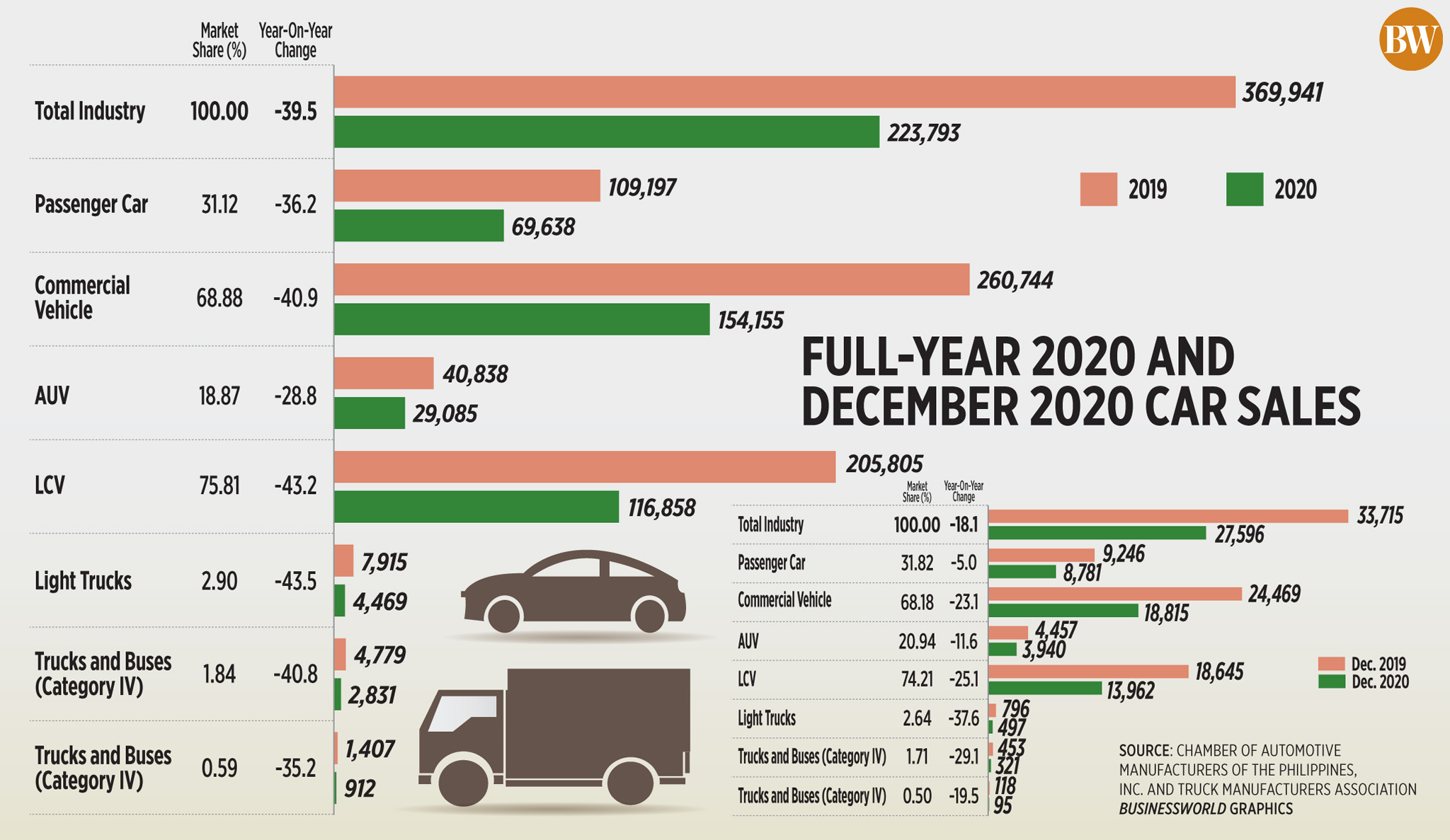 “It is noteworthy that the holiday season has contributed to the uptick in demand for auto sales in December amid the improving business and consumer confidence,” CAMPI President Rommel R. Gutierrez said in a statement.

A decline in car sales was seen as early as January after some plants and dealerships in the National Capital Region and the Calabarzon Region were forced to temporarily suspend operations due to ashfall from the Taal Volcano eruption.

Sales plunged as much as 99% in April, at the height of the strict lockdown in Luzon, but has since slightly recovered as restrictions eased. The pace of decline slowed in September, as the month usually starts off an upward trend in automotive sales due to the upcoming holiday season.

Passenger car sales in December declined 5% to 8,781 units compared with the same month the previous year.

“Automotive was among the hard-hit sectors in this pandemic and we continue to feel the impact as sales, after-sales and auto-related services remain lackluster,” AVID President Ma. Fe Perez-Agudo said.

She said the industry must focus on creating more job opportunities, upgrading infrastructure and logistics, and improving the ease and cost of doing business to revive the sector.

Both industry groups have criticized safeguard duties placed on car imports this month, saying that the measure would impede recovery.

The Trade department slapped duties on imported cars to protect local industries after its investigation found a link between a recent surge in imports and declining local employment.