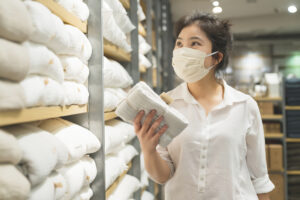 New company formations grew by more than 13 per cent in 2020 as Britain was hit hard by the pandemic.

There were a record 772,002 businesses registered at Companies House last year, compared with 681,704 in 2019, according to official data gathered by the Centre for Entrepreneurs.

After a dip around the time of the first national lockdown, every region experienced continual growth in business start-ups from June onwards, even through further lockdowns and restrictions intended to contain Covid-19.

There was marked growth in the creation of companies related to the crisis, including the manufacturing and retail of medical goods, which increased by 111 per cent and 146 per cent, respectively, compared with 2019.

Workwear manufacturing rose by 166 per cent, while disinfecting services increased by 229 per cent. New retail businesses have increased by 60 per cent, including 43,217 online shops, marking a rate of growth of 105 per cent.

However, the devastating impact of the pandemic on the hospitality sector was in evidence in a 33 per cent drop in registration of licensed nightclubs, a 19 per cent fall in new bars and pubs and a 16 per cent decline in hotels.

Experts have cautioned against conflating a rise in company registrations with growth in entrepreneurship. Previous peaks and troughs in formations and dissolutions have been related to tax avoidance schemes.

The Centre for Entrepreneurs said that it had identified “distortions”, such as individual postcode areas with thousands of companies. For example, in Wyre Forest in Worcestershire, 1,480 of 2,984 companies are registered to Indian nationals living in India. Wyre Forest’s formations rose by 168 per cent last year.

However, the centre said that it believed the growth in formations had been driven largely by the pandemic, with “new ideas, new demands, and businesses keen to bounce back”.