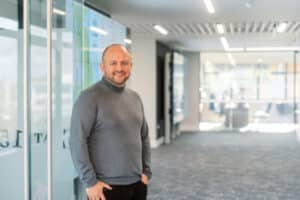 The pandemic has forced all of us to reconsider our plans: from work-life balance to family gatherings to one-off dinners, and all points in between. In addition to the daily changes in our lives, we’re also seeing bigger changes that will have an impact for a much longer term.

One of the most important shifts is how people are altering their plans for retirement. The Institute for Fiscal Studies has found that one in every eight workers in their fifties is making significant changes because of COVID-19. It’s a fact then, that between the twin demons of diminishing job security and general economic uncertainty, the trend is for people approaching retirement age to exit the workplace quicker than they originally envisaged .

RoyaleLife, the UK’s leading provider of bungalow living, wants to help people who are considering retiring early due to the pandemic. Its chief executive officer Robert Bull has a solution for those troubled by indecision and uncertainty – right when they need it the most.

With its Head Office based in Whiteley near Fareham in Hampshire, RoyaleLife provides high-quality fully furnished two-bedroom bungalows for the over 45s at some of the best locations throughout the UK including Cornwall, Dorset, Hampshire, Kent and Norfolk. The 90-strong luxury gated communities offer, privacy and a sense of belonging to those considering downsizing Residents can take advantage of a variety of amenities such as coffee lounges, members-only gyms, and swimming pools at a selection of developments. A sister company, RoyaleResorts, offers a range of holiday homes.

In these challenging times a financial lifeline is how the company is describing their Home Part Exchange initiative. Those who didn’t expect to retire so early haven’t had time to plan the best way to downsize their lives. They might not have as much money as they thought they would, and they might be hesitant to go through a lengthy sales process, even if trapped in a home that they will struggle to maintain once they stop working.

As the pandemic rages on, the last thing most homeowners need is to go through the pain of moving home in the more traditional way  with all the expense that entails.

A space-efficient bungalow can be the answer to this difficult challenge. RoyaleLife is offering 100% of the market value of the buyer’s home when they purchase a RoyaleLife bungalow. So, if the customer’s home is worth £500,000 and the bungalow they’re looking to buy is worth £300,000, the buyer would net £200,000 in cash. This extra £200,000 could make all the difference, without having to deal with property chains, stamp duty and agencies’ and solicitors’ fees, all covered by  RoyaleLife.

Who Is Robert Bull?

Robert Bull, the CEO of RoyaleLife, is a man who understands just how important it is for people to lead the lives they want. Part of the reason for his success is that he has  long understood how to create balance in his own life.

Exercise in the morning, an organized day at work, and family time at night: these are just a few of the ways that Robert  strives for harmony both personally and professionally. This is exactly what he wants to give people in his developments.

Retirement is not about kicking back and watching the grass grow, but more about creating an environment that allows you to do what you want. Robert Bull has seen how hard it can be for retirees who don’t have viable options, which is why he wants to fill in the gaps.

Taking the uncertainty out of moving home

The economy is extremely uncertain right now, especially as businesses try to stave off the worst of the economic impact of the coronavirus. Research has shown that workers nearing the age of 60, who also have an existing health condition, have been the most affected, concerned about the possibility of finding a new job in a fast-paced world that has seen so many changes in just the past 9 months.

Somewhat counter-intuitively, these workers are actually more likely to worry about their finances than those who are already retired. This might be because those who were still working had not yet downsized to less expensive properties.

Robert Bull started his company as a way to give people the gift of a stress-free retirement. Downsizing simply makes sense for those who don’t need as much space anymore. While it’s possible to pull the equity out of your current home in order to stay where you are, this is an expensive long-term option that can ultimately destroy the inheritance of the next generation.

For Robert’s customers the best way forward is the RoyaleLife way… and a stress-free retirement in a luxurious RoyaleLife bungalow.