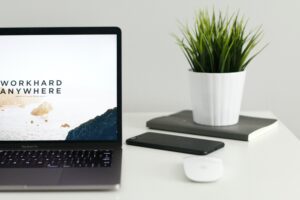 As a leader looking to inspire via digital means in 2021, don’t fall foul of the task list negative management style trap. Instead read this and remember how to manage task lists effectively to boost morale in your team culture, not sever it.

Picture the scene, it’s Friday six months into 2020 and your team is totally displaced. They’re working from home, all within a one hour radius of you and yet as the founder and boss you’ve never felt so disconnected.

You begin to panic. Is enough being done? How without your watchful eye and without the line manger’s underneath you collating the work and pushing it through can it possibly be done? You start to panic. So you send a negative email around to your work force saying that whilst the mini tasks on the task management software seem to be getting ticked off you just don’t ‘feel’ like work is being completed.

If this is you, STOP TYPING THE EMAIL MESSAGE RIGHT NOW.

This is your issue, not your team’s.

This is a common problem arising which is immensely frustrating both for managers and staff working on task management systems. The issue arises out of the task list which is meant to give structure and guidance, however the appearance of one simple sentence typed in a hurry actually has the affect of simplifying a task to the point where it looks as if it can be achieved in a matter of moments, max hours.

Yes there’s the timeline functions and projected deadlines, but neither of those actually let your CEO/founder know how much time is expected to be spent on each respective task and whether there are any roadblocks along the way.

If you’re a CEO struggling to get o top of where your company is at when you’re all working from home, remember this: just because you can now view a list of someone’s work day on a team project does not necessarily mean that you are aware of the pitfalls faced when your team member has attempted to action it. Perhaps it is in mid-progress. Perhaps they’ve completed it and forgotten to update the systems. Either way, you have to remember when you read it that it’s a task management system, not a direct record of every single iota of their day to get the task done. If you were working pre-Covid in the office with this team member, would you want to have each minute task broken down for you? No of course you wouldn’t, so why now?

Ah you say, why don’t we just break the task down into all of its many subsections?

Now this is where the danger happens. At first it seems logical to break a task down into subsections – of course it does, no argument there. But this is again a slippery slope. Recently I’ve had to deal with someone request sub, sub, sub sections on tasks and by the time the task list has been filled out I could have executed on it, ticked it off and moved onto the next one.

Task lists are a rabbit hole and a dangerous one for a few solid reasons:

What have you forgotten? You don’t just pay your team to spend all their time listing their jobs on a task management system – at some point they need to get off the software and do their work.

Getting obsessive about subtasks? What does this say about you?
If you’re the SME business owner with only a few members of staff and they’re doing work that you’ve previously done to get the company up and running then you know the main stages of each job. However if you’re panicking about handing the work over and trusting a member of your team with it, fixating on every single minute subtask is actually a sign that you’re entering the dangerous waters of micro management. Trust is key when trying to inspire a positive to action work culture.

How to work and lead positively on task management systems
If you find yourself beginning to obsessively check task lists and subtask lists, pull yourself back and schedule a catch up with your line manager first. Ask your line manager’s to manage task lists in line with their duties and have them report on the overall tasks and main achievements of their team each week. Remember that everyone has a different working style and a task might be 95% completed but not updated yet or it might be hinging on a phone call for it to be finally ticked off. If your team are spending more time working than updating the task list obsessively then that’s a good thing right?

Request zooms with staff when you want to congratulate them or go over a particular issue brought to you by your line manager. Use that opportunity to find out whether the staff member is happy, what can be done to better their work satisfaction and ask if they think their task list/work load is still reasonable. A lot of people’s workloads rose in 2020 which may not be sustainable through 2021.

If you use a rewards based morale system, ensure that it’s correctly set up for use with your task management system, so that a staff member and/or team are still sent rewards for their efforts.

When someone has completed a main task on their list, you must give them pause to respect it. Yes it’s a list and you know that they’ll be jumping onto the next pointer as it’s their job to do so. However, not recognising when a gargantuan job has been completed, simply viewing it as a one-liner on a list completely demoralises the person who’s stressed and worked on that task for weeks, maybe months. Take time to celebrate their efforts before jumping in on the next task. Give them the rest of the day off, send an email around, allocate a reward, tell them to enjoy their weekend; they’ve earnt it …

A task management system can either be your route to micro management or an effective task list  and document sharing tool that indicates of how projects are progressing. Choose and act wisely.

Read more:
Beware of task management systems turning in you into a micro manager