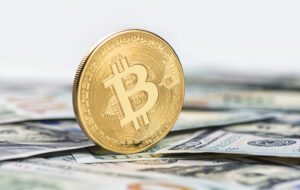 A leading Wall Street bank has predicted that bitcoin will more than quadruple in value if investors ultimately embrace it as an alternative to gold.

JP Morgan said that bitcoin’s competition with gold “has already started” and the digital currency would climb as high as $146,000 if it became established as a safe store of wealth.

Bitcoin was trading at about $32,000 yesterday after breaking through the $34,000 mark for the first time on Sunday. It remains extremely volatile, undermining its status as a safe haven asset, but its exponents believe that the swings will flatten out as the market matures.

The world’s most actively traded cryptocurrency nearly quadrupled in value last year as institutional investors made forays into the market and retail investors chased the rising price. However, despite its popularity, bitcoin has yet to be accepted as a mainstream currency. Some investors believe that its best use is as a “safe haven” asset to store wealth, like gold.

A team of analysts at JP Morgan, led by Nikolaos Panigirtzoglou, said that bitcoin’s market capitalisation of about $575 billion would need to rise by 4.6 times to match the value of private wealth that is stored in gold bars, coins and funds. An expansion of this magnitude would push bitcoin’s price up to $146,000. “Considering how big the financial investment into gold is, a crowding out of gold as an alternative currency implies big upside for bitcoin over the long term,” they said. However, “a convergence in volatilities between bitcoin and gold is unlikely to happen quickly and is in our mind a multiyear process”.

They added that bitcoin’s price had become “challenging” after its recent gains. “While we cannot exclude the possibility that the current speculative mania will propagate further pushing the bitcoin price up toward . . . $50,000 to $100,000, we believe that such price levels would prove unsustainable.”