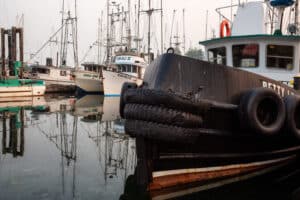 Ministers are preparing the details of a £100 million package to rebuild Britain’s fishing fleet, enabling it to take on new quotas as they are relinquished by the European Union.

The scheme is being put together after it was promised last month to counter criticism by fishermen that the government had sold out the industry to get its Brexit trade deal over the line.

It is expected to allow British crews to expand their fleet during a five-and-a-half-year transition period to catch species that have traditionally been the preserve of the French and Dutch. It will also be used to boost the processing industry to ensure that there is the capacity to land the extra catch.

A senior government source said that the idea of a fund had been discussed by Rishi Sunak, the chancellor, and Boris Johnson before the Brexit deal was signed off. “We took the view that the fishing fleet needed to be rebuilt to take advantage of the new access,” the source said. “We needed to invest a lot more into it if we were actually going to be able to catch the fish that we will be entitled to. Rishi said, ‘Yes we can do that. The Treasury can find the money to help.’ ”

Plans for allocating new money are being drawn up by the Department for Environment, Food and Rural Affairs. They are expected to include inducements for small British operators to boost their capacity amid concerns that much of the present quota is controlled by large companies.

Under the terms of the agreement struck in Brussels, Britain has allowed the EU to keep 75 per cent of the value of the fish it now catches in British waters, with a quarter returned to British fishermen over the transition period. From the summer of 2026 Britain can cut quotas or exclude boats in a zone of 6-12 nautical miles.

Barrie Deas, chief executive of the National Federation of Fishermen’s Organisations, said: “If we had got the kind of deal we were promised we would not be bothered about subsidies.”