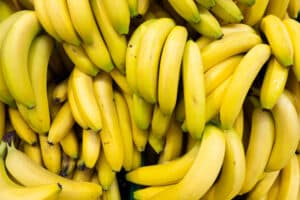 Whitehall officials shored up 32 accords in time for the end of the Brexit transition period, largely preserving terms of trade with 62 countries, from South Korea to Singapore and Switzerland and Saint Lucia. However, agreements signed with Canada and Mexico will not come into force for several weeks and deals with six other markets were not negotiated in time, triggering default tariffs and terms for trade with the likes of Algeria and Albania.

Ranil Jayawardena, trade minister, said that talks had been “ramped up” by Downing Street’s refusal to extend the transition beyond the end of 2020. Chilean wine, Kenyan coffee and Saint Lucian bananas will remain tariff-free as a result of the deals, he added.

While Britain is looking to the United States, Australia and New Zealand for its initial trade agreements, civil servants have spent the past three years trying to preserve its access to those with which the country has traded with as a member of the EU. An 11th-hour deal with Turkey was finalised over Christmas, after Britain’s trade agreement with Brussels.

Mr Jayawardena said that the government hoped to roll over the remaining agreements “in the fullness of time”.

David Henig, a former British trade negotiator and assistant director at the Department for International Trade, called it a “decent, middling, solid” performance, if not “fantastically amazing, transformational for the country”.

“Numerically, not bad . . . content-wise, not so much of a success,” Mr Henig, now director of the UK Trade Policy Project, said. “Switzerland, Norway are, in fact, only partial rollovers. Mexico, Canada and South Korea also need to be renegotiated.”