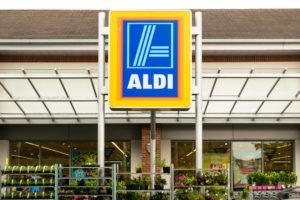 Aldi is boosting its support for British suppliers by announcing it aims to spend £3.5bn more on UK-produced food and drink annually within the next five years.

In a move that will benefit more than 1,000 small businesses in its supply chain, the discount supermarket is also extending by a year to the end of 2021 an agreement to pay smaller suppliers without delay.

The company has already announced it is investing £500m in new and upgraded stores, distribution centres and its supply chain in 2021, which will create more than 4,000 jobs. Aldi is Britain’s fifth largest supermarket with more than 900 stores and 36,000 employees.

Giles Hurley, the chief executiveof Aldi UK, said: “We are expecting significant sales growth in 2021 as we open new stores and bring Aldi to more locations across the UK. With the vast majority of our grocery products now coming from British suppliers, our growth will lead to additional jobs and investment in our UK supply chain.”

Aldi, which sources its core range of fresh meat, eggs, milk, butter and cream from British suppliers, said the new commitment would create opportunities for hundreds of UK-based food and drink producers.

It singled out Manchester Drinks Company, whose partnership with Aldi began in 2015 to supply a range of gins and gin liqueurs. Its new site in Yorkshire employs 19 people.

Richard Benjamin, a co-owner of Manchester Drinks Company, said: “Our new contract with Aldi is a fantastic opportunity to showcase our flavoured gins and liqueurs to shoppers across the country, and will help to provide stability for our business in an uncertain climate.”

Aldi introduced the immediate payment terms for small suppliers at the start of the coronavirus crisis and will now continue until the end of next year. This means it will continue to process payments for suppliers with an annual turnover of less than £1m with Aldi as soon as they are submitted.

Aldi announced in September that it planned to create another 4,000 jobs with the opening of 100 stores and the trial of a click and collect service as part of a big investment drive in the UK.

The new jobs are in addition to 3,000 permanent roles it created this year after grocery sales surged during the pandemic. Its long-term target is to have 1,200 stores by 2025, including more than 100 upgrades.

Aldi’s online sales of non-food and wine soared 70% this year, up from 40% growth in 2019, as more people switched to shopping from home.