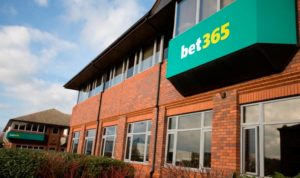 Bet365 launched their product in the state of  Colorado this month.

The sports betting company, headquartered in Stoke-on-Trent is also currently operational in New Jersey, a state which has set the national record for the most amount wagered on sports three times in 2020.

William Hill, a British bookie is also operational in New Jersey and Colorado. The company has now launched products in Nevada, Iowa, West Virginia, Colorado and Illinois with potential access to another 24 states.

In November punters wagered $932 million in the Garden state despite restricted in-person betting. It signals the growing popularity of online betting betting in the US which has only been legal, in some states, since the US Senate overruled the PASPA, a federal ban on sports betting in 2018. Previously, sports betting had only been legal at physical sportsbooks – the American term for bookies – in a handful of locations including Las Vegas and Atlantic City.

The change in national law has left it up to each individual state to decide whether they should legalize sports betting. Around half the states have now legalized sports betting in some form but key markets such as Texas and California have, so far, resisted any change in legislation.

FanDuel and DraftKings, two homegrown brands currently dominate the US sports betting market having made the transition from popular Daily Fantasy Sports Operators to bookies. The two companies enjoy the advantage of high brand recognition and a large existing customer base.

Casinos such as Caesar’s and BetMGM have also been able to use their brand to make the transition into the online sports betting market.

Bet365 boasts a large international presence but remains relatively unknown in the US compared to the US brands. In 2019, the company became an official gaming operator for the MLB.

New Jersey is currently the most lucrative market bringing in more wagers than Nevada, the traditional home of American betting. This is largely due to the restrictions imposed on online betting in Nevada. Bettors are currently required to sign-up, deposit and withdraw in-person. In New Jersey punters are allowed to do all of this online.

Around 80% of all wagers in New Jersey are now placed with online sportsbooks.

New Jersey also attracts bettors from neighbouring New York where online betting is not permitted but residents are allowed to sign-up to New Jersey sports betting sites, and cross over state lines to place a bet.

Pennsylvania has cemented itself as the third largest sports betting market in the US after New Jersey and Nevada. A restrictive tax rate of 36% and a $10 million licensing fee may have put off some bookies. In October 2020, the state registered $525,802, 524 in wagers.

Illinois, which is home to the country’s third largest city, legalized online sports betting in June 2020. Early signs indicate that the state could compete with both New Jersey and Nevada as the state registered $305,222,938 wagers in September 2020, only three months after its launch.

William Hill and Bet365 are not the only outsiders to operate in the US. 888 Sport, a bookie headquartered in Gibraltar has been operational in Nevada since 2013 and has now launched in New Jersey. The company recently signed a sponsorship agreement with NFl team, The New York Jets.

Unibet, a bookie registered in Malta, recently launched in both New Jersey and Pennsylvania. The company has signed sponsorship agreements with NHL team the New York Devils and NFL team the Philadelphia Eagles. They are also an official partner of the NBA.

PointsBet, an Australian bookie has invested heavily in the Indiana market with products also available in Iowa, Illinois and New Jersey. The company places an emphasis on point spread betting, a unique form of betting where you are rewarded, or docked points, according to how wrong or right your bet was. The bookie are sponsors of the NFL team, the Indianapolis Colts and NBA team, Indiana Pacers.

The US sports betting market looks set to grow in 2021 with Louisiana, Michigan, Tennessee and South Dakota all voting to legalize.

New York State is currently considering a move to allow online sports betting with physical casinos seeing a huge drop in numbers during 2020. A recent study revealed the state was losing over $200 million in tax revenue by remaining offline.  A recent If the state were to change its legislation, this could signal the end of New Jersey’s dominance.