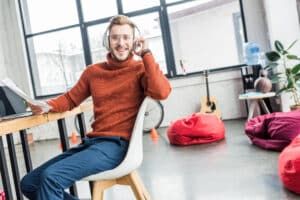 A report recently published by the London School of Economics disclosed that over a million Britons who were previously self-employed may now quit self-employment, ending a trend in British entrepreneurship that has lasted two decades.

Largely left to fend for themselves once COVID-19 spread to the UK, many self-employed workers found themselves both prohibited from working and without adequate financial support from the government. It is therefore somewhat unsurprising that a significant portion are now seeking salaried employment, especially when Government encouragement and support for entrepreneurship and the self-employed appears to be vanishing at an alarming rate.

Dylan Buckley, co-founder at DirectlyApply explains that worryingly, the decrease in the number of self-employed will almost certainly be to the detriment of the speed and success of the UK’s economic recovery. In the aftermath of a recession, it is self-employed and part-time workers who disproportionately help to drag us out. Data from the previous recessions of the 1990s and late 2000s shows a positive correlation between the increase in self-employed workers and stronger economic growth. Furthermore, recessions have traditionally been birthing grounds for entrepreneurs, with some of the UK’s most recognisable brands and businesses being founded in economically difficult circumstances—Virgin, Vodafone and Poundland, to name but a few.

However, we cannot point the finger exclusively at the pandemic for inspiring this trend towards entrepreneurial conservatism. Historically, the UK’s entrepreneurial culture has been stifled by successive governments who enjoy preaching the benefits of an enterprise culture while simultaneously burdening companies with endless red tape, excessive bureaucracy and disproportionate taxation.

It is therefore perhaps not surprising that despite the 20-year trend towards self-employment, parents do not, in the majority of families, encourage their children to be entrepreneurial. Nor do schools encourage children and teenagers to explore entrepreneurial career paths. Thus, the many great entrepreneurial minds in the UK are lost to the often-unfulfilling pursuit of climbing the corporate ladder. For the small minority who do dare to try to build something of their own and share their plans with others, it is not uncommon to be met with derision.

Perhaps in a healthy economy and a stable trading environment, you could argue that a decline in the self-employed would not pose so much of a problem, at least in the short term. But in an economy that has been severely damaged by the pandemic, and with Brexit just around the corner, it quickly becomes a serious issue. But instead of assisting, supporting and encouraging a new generation of entrepreneurs, the UK is effectively prohibiting the creation of small businesses, through increasingly unfavourable tax conditions and a national culture that discourages those with entrepreneurial flair.

Cultures are of course complex, and take many years to nurture and grow, but we don’t have the luxury of years. We need to kickstart the project of creating the conditions in which people are encouraged, and indeed celebrated, for taking the kinds of risks that create jobs and boost prosperity for all. Those are the people who can get this country back on its feet and ready to confront the challenges the future has in store for us. We cannot rely on this to happen naturally. We have to change the way we think and speak about entrepreneurship.

A cursory glance across the Atlantic shows how entrepreneurship can flourish. Numerous companies (AirBnB, Uber, Stripe and Squarespace being a few examples) have come into being and thrived in a comparatively short period of time, going from napkin concepts to billion-dollar businesses that employ thousands of people. So although the US approach might not be perfect, it is impossible to deny the sheer number of US-based entrepreneurs who create jobs and wealth domestically—and, more often that not, internationally too.

Having founded a business in the UK, which now has a significant proportion of its operations in the US, I can speak first hand about how supportive Americans are in championing new startups and bold ideas. Encouraging entrepreneurship is a far better, far freer way to do things than the alternative, and around the world, entrepreneurship is widely perceived to be critical for expanding employment and earning opportunities which objectively lift people out of poverty.

Unfortunately, as things stand in the UK, there is very little reason why those cited in the LSE report would change their minds. Those would-be risk-takers who pursue their ideas, create jobs for others and wealth for the country, are given scant reason to launch businesses when their rewards are diminished and, at the same time, their safety net is cut from underneath them.

Read more:
To be truly robust in the face of economic crises, the UK needs to instil a culture of entrepreneurship