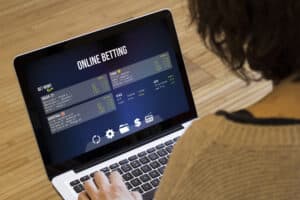 GVC Holdings have decided that rebranding their corporate identity will be a good thing for the organisation as they commit to operating 100% across regulated markets by the end of 2023.

The group will be known as ‘Entain Plc’ moving forward and have outlined some rather impressive and ambitious plans to become the global igaming organisation in the sector of sustainability and corporate conduct.

It is not the first time a huge gambling operator has decided to undergo a rebrand, though, as they appear to have been following Paddy Power Betfair’s lead as they saw their business be renamed ‘Flutter Entertainment’ in 2019.

‘Flutter’ was the name of one of the first betting exchanges to have been made available in the market and was merged with Betfair in 2001, and it seems Paddy Power Betfair have decided to go back to their roots with the change.

The change was aimed at the American market and it seems that America has provided a reason for GVC Holdings to undergo their own rebranding.

The company’s joint venture with US-facing brand Roar Digital/BetMGM with MGM Resorts found it rather difficult when trying to obtain a Nevada gaming license as there were questions about some of their activities in the past and with US expansion already a huge race that igaming operators can ill afford to lose, it perhaps makes sense to try and create a new identity for themselves and start again.

Speaking of the new rebrand, GVC chief executive, Shay Segev, revealed that they intend to see the rebrand reflecting the fundamental changes that they are making across the business and the wider industry whilst also revealing that there were five different strategic initiatives that they wish to put into place to help them achieve their lofty ambitions.

“Under our new corporate identity, we will continue to use our unique technology platform to build on the exceptionally strong momentum that we have in our existing markets, grow into new markets, reach new audiences, enhance the customer experience, and provide industry-leading levels of player protection,”  he said.

As part of the rebranding process, GVC Holdings will be pulling out of all the unregulated markets that they currently find themselves in, with the aim that all of the group’s revenue would solely come from markets that are nationally regulated by the end of 2023.

As mentioned, this could be down to their recent troubles with regulations in certain countries, with controversy in Turkey having been experienced in recent history. HM Revenue & Customs (HMRC) had announced earlier in 2020 that they would be widening their investigation into GVC Holdings’ former gambling operations in Turkey, as gambling in the country is restricted and, therefore, illegal.

Indeed, with a number of different igaming operators having already undergone rebrands – including some of the biggest in the industry – it would not be unlikely to see other big names change their identities.

Given the landscape of the UK gambling industry, it might make sense for many to do so as there is an ever-increasing pressure from campaigners and regulators to improve their operations.