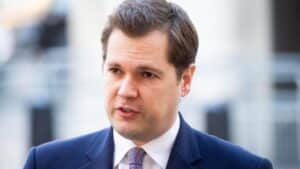 Robert Jenrick will today abandon an algorithm that would have dramatically increased housebuilding in the Conservatives’ southern heartlands.

England’s 20 biggest cities will instead take a larger share of new homes under revised plans drawn up by the housing secretary after a backlash from Conservative MPs including Theresa May.

Boris Johnson announced in the summer that each local authority in England was to be given a revised target for the number of new homes to be built and told to designate land for preservation or development. Ministers said that this would remove uncertainty and lead to new homes being built more quickly.

However, more than 80 Tory MPs registered their opposition to the planned algorithm to distribute the annual target between local councils in what threatened to become the biggest rebellion against the prime minister.

It would have led to housebuilding being concentrated in the southeast and more than doubling in the Cotswolds, while development would have decreased in northern cities including Manchester, Liverpool and Newcastle.

In Mrs May’s Maidenhead constituency planning officials would have been required to allocate land for an additional 221 homes a year. She described the formula used to calculate the targets as “mechanistic” and “ill-conceived”.

Andrew Griffiths, the Conservative MP for Arundel and South Downs and a former adviser to Mrs May, denounced a “mutant algorithm cooked up in the wet market of Whitehall”. Councils will now revert to the totals drawn up in 2017. The government announced the retreat in August and will complete it today. London and 19 other urban areas will be required to provide up to 35 per cent more housing than previously imposed in what officials said was a “rebalancing” of the target of 300,000 new homes a year by the middle of the decade.

Mr Jenrick will present the compromise as part of the government’s levelling-up and post-Covid recovery agenda. The housing secretary will say that a tweak to government funding rules will clear the way for more public spending on towns and cities in the north and Midlands.

Ministers have already relaxed planning regulations to allow more redundant shops and offices to be converted into residential use as part of efforts to regenerate urban areas. Councils will be urged to prioritise family homes.

Bob Seely, Conservative MP for the Isle of Wight, said that the change was “absolutely the right decision”. He said: “I am sure MPs will want to look at the re-jigged plans in detail, but this is an initial victory for those who care about their communities.”