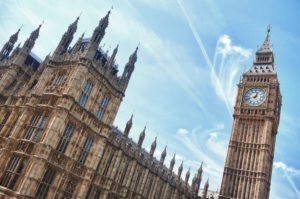 Parliament could ratify a Brexit deal with the European Union in as little as 24 hours, Jacob Rees-Mogg suggested yesterday, as talks to bridge the final gaps between the two sides continued in Brussels.

The Commons leader has yet to announce when MPs will break for Christmas in order to allow parliament time to pass a bill that would give an agreement legal status in the UK before December 31. Mr Rees-Mogg told a podcast for the website Conservative Home that the process could be “truncated” from six days to less than two.

He said that parliament passed the Abdication Act 1936 in one day to recognise that Edward VIII was handing succession to his brother, George VI.

“Bear in mind that parliament managed to pass the legislation to remove a king emperor within 24 hours,” Mr Rees-Mogg said. “So parliament can act very quickly when necessary.

“You can really, really truncate the parliamentary process if necessary and if there is a will to do it.” Mr Rees-Mogg added that it might even be possible for parliament to ratify a trade deal after December 31, although he warned that it would be entering uncharted waters and open to legal challenge.

“Things we agree at an international level don’t have the force of law at a domestic level unless they are enacted,” he said.

“You could theoretically ignore the law for a week but that’s pretty unconstitutional territory.”

One senior Tory Brexiteer said that most MPs would give Boris Johnson, the prime minister, the benefit of the doubt if he agreed an eleventh-hour deal. The MP warned, however, that the house must be given the chance to digest it.

“I think for most of us we would rather have a deal and ratify it quickly than not to have a deal,” he said. “Even if it means we have to stay up all night reading legal texts.

“But this is a deal which is going to last for a long time. What we cannot afford is for us to ratify a deal only for wheels to fall off days or weeks after ratification. The ramifications of that would be appalling.”

Negotiations continued in Brussels yesterday with Downing Street playing down speculation of an imminent deal. Mr Johnson told the cabinet that he was committed to continuing negotiations on the remaining areas of disagreement but insisted that leaving without a deal “remained the most likely outcome”.

Micheál Martin, the Irish prime minister, said that he was more hopeful a free-trade Brexit agreement could be struck. The fact that the talks were continuing was a “good sign”, he added.

“It gives me greater hope than I had last week that potentially a resolution can be found to the very difficult and challenging issues of a level playing field, fisheries and a dispute mechanism to deal with that,” he told the Irish parliament.

For any agreement to come into effect it would also have to be ratified by the EU. Lawyers in the European Commission and Council are working to find legally watertight solutions if the negotiations drag on too close to December 31.

If there is agreement this week then the European Parliament will sign off the new treaty on December 28 or 29 in a rushed but conventional EU ratification.

This would allow the agreement to enter into force by January 1 without any significant legal or political hiccups later down the line.

If talks go on past Monday next week, the European Council could ratify the deal by “provisional application” with a vote by MEPs next year.

This is legally watertight but has a political price for national governments and MEPs who are angry about the lack of scrutiny involved with a rushed deal.

Deadlines are unclear. France has warned that it needs some time to scrutinise any deal with time for state agencies, such as customs, to have all new procedures in place.

There could also be legal challenges next year if a regional parliament, such as Wallonia in Belgium, contests “provisional application”.

Such litigation would be mounted on the basis that the deal is so wide-ranging that it is not the sole decision of the EU and needs ratification in national or regional parliaments.

If talks continue right until the last week in the year but a deal is done or almost there, then the EU is looking at a temporary “managed no deal” and a “light” transition period to avoid having a cliff edge. This would involve a complex mix of unilateral EU measures, covering areas such as aviation and road haulage, as well as international rules such as Gatt Article XXIV, allowing interim trade deals.

“There are all sorts of legal complexities and I know people are looking into all options,” a source said.

“Tariff-free, quota-free access is not the only thing that would need to be sorted in a no-deal scenario.”

Another senior EU diplomatic source said: “There are illusions about the fixes possible. A deal is needed this week for a smooth ride.”

Britain is drafting plans to turn London into a rival for Singapore as a centre for shipping companies to register their vessels. Relevant parties have been consulted over a reform of the “tonnage tax” at the end of the Brexit transition. It could be worth £3.7 billion over three years and create thousands of jobs, the Financial Times reported.

Read more:
Brexit trade deal could be rushed through parliament in 24 hours