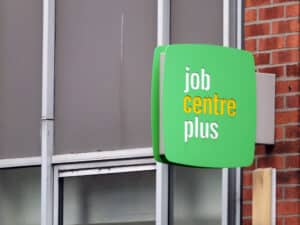 Britain’s jobs crisis has worsened, as companies continue to lay people off as the Covid-19 pandemic hits the economy.

Figures just released by the Office for National Statistics show that the UK unemployment rate rose to 4.9% in the three months to October, up from 4.8% a month earlier.

August to October 2020 estimates show a large increase in the unemployment rate and a record number of redundancies, while the employment rate continues to fall.

The ONS reports that around 1.69 million people were unemployed in the August-October period, an increase of 241,000 on the previous quarter — and 411,000 more than a year ago.

Today’s labour market report also shows that there were 32.52 million people aged 16 years and over in employment during the quarter — 280,000 fewer than a year earlier.

This was the largest annual decrease since January to March 2010.

Employment decreased by 144,000 on the quarter, the ONS says, adding:

This quarterly decrease was mainly driven by men in employment, the self-employed and part-time workers, but was partly offset by an increase in full-time employees.

Matthew Percival, CBI Director of People and Skills, said: “Another bleak set of figures this month, with a steep rise in unemployment and more redundancies showing households were still being hit hard, even ahead of England’s second national lockdown.

“While news of a vaccine has provided hope, many firms are still finding it difficult to operate within the toughest Covid restrictions.

“With millions more expected to be living under the toughest tier before the end of the week, the Government must continue to do what it can to help businesses get through winter.”